Home » Dale W. Wood Backed Startups Turning Out To Be The “Next Big Thing”

Internet-based startups that have caught the eye of Costa Rican investor Dale W. Wood are quickly establishing themselves as stand-out companies in their fields.

With the capital, experience and value-added consulting provided by Dale Ventures, a personal investment holding group based in Dubai, these businesses are growing rapidly and proving themselves among a host of more established companies.

After earning an international business MBA from Cox School of Business, Dale W Wood joined a professional staffing firm where he spent his time cold calling, resume writing and scheduling interviews. Determined to carve out his own path in the rapidly-evolving world of online business, he stepped away in 1999 with sales skills, recruitment know-how and, most importantly, business acumen.

Dale “failed forward” for the next two decades, using contacts he made in the recruiting business to found, lead, invest and oversee multiple internet-based companies. His real-world exposure, successes and failures led him to believe the IT industry was becoming over saturated, but that the areas of finance, real estate, retail, technology and media were on the brink of massive transformations.

Using the same know-how that led him to his decades of work with start-ups and industry innovators, Dale embarked on a new path and founded personal investment holding group and a venture capital firm Dale Ventures in early 2017.

Dale Ventures not only provides capital to fledgling companies, but focuses on a value-added investment approach. In fewer than four years, Dale Ventures has enabled numerous innovative entrepreneurs to turn ideas into successful businesses by pushing them to their full potential. Dale Ventures-backed companies have sharpened their competitive edge by expanding into new markets, increasing efficiency and securing their financial futures.

In his own words, Dale Wood says he wants the companies he backs to become the ‘next big things’ Dale Ventures companies have not only the financial backing and mentorship needed to thrive, but the belief of an investor who will stop at nothing to help them reach their full potential.

Here are five different companies that have benefited from the strategic, analytic and financial resources provided by venture capitalist Dale W Wood. These companies prove that the Dale Ventures model of leveraging experience and value-added investment drive growth and build long-term value.

Twin brothers Pablo Arce and Bernardo Arce reached out to Dale W Wood with their innovative idea of an online loan disbursement and repayment company in Costa Rica—Rayo Credit. They were seeking technical support, resources, and of course, capital. Dale Ventures became the company’s lead investor and provided them with a seed fund of $1 million USD.

Seven years after Dale W. Wood became the lead investor of Costa Rica’s Rayo Credit, his global investment firm Dale Ventures committed to funding the company’s expansion to Columbia. In this additional lead role, Dale Ventures invested an initial $2 million USD for expansion with the potential for up to $5 million USD.

Rayo Credit’s growth has exceeded the founders’ anticipations, and it is undergoing enormous success in the domain of business and consumer loans. Since its launch, Rayo has made more than 200,000 short term loans to tens of thousands of satisfied clients.

In the early months of 2013, successful tech entrepreneur Paul Cascun joined hands and efforts with Dinuke Ranasinghe and Kenneth Low — both senior executives at PayPal — to start a no-coding online marketplace builder called Arcadier.com. In the beginning, the company focused solely on partnering with banks and other payment providers, but its founders soon realized the crux of the business was to build a SaaS (software as a service) online marketplace builder for the masses.

The team turned to Dale Wood and his wide-ranging industry experience. He provided seed funding of $1 million USD, as well as the requisite resources and industry knowledge Acadier needed to make a name for itself in the world of online business.

Arcadier is now a global leader of multi-vendor marketplace technology. Renowned business software discovery platform Crozdesk has rated the company an 80/100 in the PaaS category and Capterra, a software review provider, estimated Arcadier to be the “world’s fastest-growing online marketplace builder.”

Instanda started from the same place as any other technological breakthrough— a sea of disappointment. In this case, Instanda’s founders were disappointed by the insurance industry’s legacy systems that were holding the industry back from true innovation. CEO Tim Hardcastle, former global CIO of Hiscox, was sure that the industry merited better.

Brian Menell has a lifetime of experience in the world of mining. He served as CEO of the Kemet Group, a leading manufacturer of electronic components, and his family’s company, Anglovaal Group, has been a significant player in the African mining and industrial scene for more than 80 years. Mennell took that experience to create TechMet Limited, a private metals company that invests in projects securing primary resources for futuristic projects around the world.

Dale Wood had the chance to meet the visionary himself through his investing partner — Franz Humer — and they struck up a conversation about the need for critical metals that allow for electric vehicle production, renewable energy growth and energy storage. It didn’t take more than a day for Dale and Franz, who were wowed by Brian’s futuristic thinking, to make a co-funding decision.

Dale Wood invested $500,000 USD in a seed funding round in TechMet Limited in May of 2019, and it was barely a year later that the company secured a $25 million investment from the U.S. government to help fund a Brazilian nickel and cobalt project that will ultimately boost electric vehicle battery production.

The investment, a groundbreaking move by the US International Development Finance Corporation, will bring into commercial production Brazilian Nickel PLC, a core investment of TechMet. Dale Wood has said the investment represents just one way Brian Menell is leading his company boldly into the future.

Huma, which started as Medopad, is a healthcare technology company in London founded by Dan Vahdat and Rich Khatib. The goal was simple: to eliminate the need for certain appointments and in-person medical tests, making medical care less of a burden for those who needed it.

Dan reached out to Dale Wood for advice on expanding his remote healthcare delivery model in Latin America. Impressed by Dan’s noble aim of enhancing healthcare quality through simple, low-cost devices, Dale made a $1 million USD seed investment in the company. Soon after, Medopad became one of the LinkedIn’s top UK startups of 2018.

Since then, Medopad has partnered with Chinese tech giant Tencent to develop AI-based deliverables for diagnosing Parkinson’s disease. Huma has also struck deals with renowned companies such as China Resources, Lenovo and Johnson & Johnson’s. Most recently, in April of this year, Medopad acquired prominent British healthcare companies BioBeats and Tarilian, and rebranded itself as Huma.

Huma is on the cusp of innovations that could change society’s approach to healthcare, and is well on its way to becoming a “unicorn” in the world of health tech. 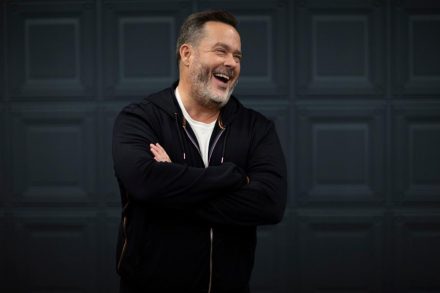