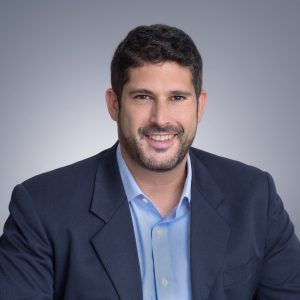 Innoviz Technologies, a provider of LiDAR sensing solutions designed for the mass commercialization of autonomous vehicles, has just raised $65m in Series B funding. In conjunction with the announcement, Omer Keilaf, the co-founder and CEO of the Israeli company, answered our questions about himself, the company, its solutions, and the funding round.

FinSMEs: Hi Omer, can you tell a bit more about you? What’s your background?
Omer: I spent over 15 years driving cutting edge technologies from inception to commercialization. Before founding Innoviz I led the system and product definition efforts at ConsumerPhysics, building the world’s first handheld molecular sensor for mobile devices. Prior to that I led the system architecture and engineering teams at bTendo (acquired by ST Micro) and Anobit (acquired by Apple). I spent seven years in the elite technological unit of the Intelligence Corps of the Israel Defense Forces, where I served in leading and critical roles involving large scale technological systems. I hold a BSc and MSc in Electrical Engineering and an MBA, all from Tel Aviv University.

FinSMEs: Autonomous Driving: one of the biggest things in tech. In your opinion, how long does it take to reach streets?
Omer: The industry is gearing up for the introduction of autonomous vehicles in the timeframe of 2021. Obviously adoption will not be instantaneous and we will see autonomous vehicles gradually roaming the streets.

FinSMEs: Given this, how did you come up with the idea of creating Innoviz?
Omer: We had an initial concept for a disruptive technology, architecture and design based on a LiDAR sensor. It was just a matter of determining the right application. After further research it was evident that the biggest impact is in the automotive industry. Our goal has always been to enable the mass commercialization of autonomous vehicles.

FinSMEs: How does Innoviz work?
Omer: Our LiDAR technology uses proprietary System, MEMs and Detector designs to deliver superior sensing capabilities, even in challenging environments such as bright direct sunlight, varying weather conditions and multi-LiDAR environments. Meanwhile, our solid-state design is smaller, more reliable and more durable than other solutions. So from a technology perspective, our product is simply superior, but it is also farther along and closer to mass production than any other solutions. The entire industry is working under a timeline of introducing fully autonomous vehicles by 2020-2021, which means that the necessary technologies are being chosen now. In order to be chosen, technology companies need to comply with the stringent specifications and requirements of OEMs, and we are the only LiDAR company with an actual working product and technology able to comply. Not to mention that we also have the commercial partnerships in place to embed our technology into autonomous vehicles in the very near future.

FinSMEs: Can you introduce your nearest teammates?
Omer: All four of the co-founders served in the same elite R&D unit of the Israeli Intelligence Corps, as did many other employees. This experience taught us the value of looking at a problem a little bit differently than others might be looking at it, and also in working as a team to solve complex, difficult challenges. In the private sector, all of the co-founders served in various technical, product and management roles before coming together to work on Innoviz, and it was these diverse experiences, combined with a common shared vision, that has led to our success to date.

FinSMEs: You just raised a massive $65m Series B funding round. How are you using the funds?
Omer: The autonomous vehicle industry is moving very quickly, and as our success to date shows, we are in a position to lead it towards full autonomy and mass commercialization. We received a lot of interest from traditional investors as well as from companies in the autonomous driving space who wanted to invest in the company, and in the end we raised a large round in order to accelerate our growth as well as to accelerate the mass production of our LiDAR technology. We also recognized the need to quickly penetrate new areas of R&D and to establish a necessary infrastructure — such as operations, global offices, hiring, etc. — as quickly as possible in order to fulfill our mission.

FinSMEs: Which are Innoviz’ near and medium term future plans?
Omer: We are looking to create a very large, very successful, very sustainable business. LiDAR for autonomous vehicles is just the first step. We are also moving more into the areas of computer vision, HD mapping, SLAM, and more, so that we can deliver the entire autonomous driving stack. Beyond that, our LiDAR technology can also apply to additional market applications in need of advanced sensing technology, such as Robotics, Renewable Energies, the Military and more. Right now our focus is on the Automotive industry, but we definitely haven’t ruled out other areas for future development.

By FinSMEs Published on May 17, 2016
GermanyInterviews