The company intends to use the funds to establish an R&D facility in Central London and mature EVA – its autonomous AI-driven evolution engine.

Led by founder and CEO Dr. James Field, LabGenius leverages AI and synthetic biology to develop new materials. The company’s foundational technology was co-developed by Field and CSO Harry Rickerby with financial backing from Innovate UK, BBSRC and SynbiCITE.
It has secured R&D contracts both from the UK Ministry of Defence (MoD) and leading multinationals. 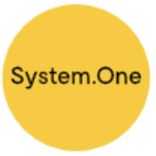