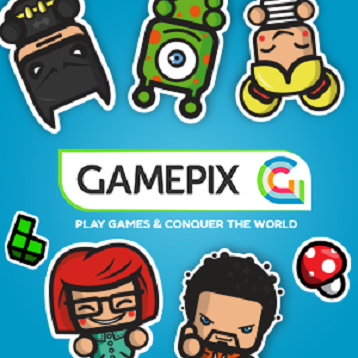 The exact amount of the deal and the names of the angels were not disclosed.

The company intends to use the funds to continue to expand operations and partnerships.

Co-founded by Edouard Wawra, Valerio Pullano (read our interview here) and Justine Silipo, GamerPix is developing a platform to play free online action, adventure, sport, puzzle, fighting, dress-up, math and girl games. People can create an avatar, train it playing games and challenge friends. Mobile games supported thanks to html5 technology. It also allows gaming companies and independent developers to publish their games on the platform for exposure and APIs to monetize games across devices.
The startup, which was part of LuissEnlabs in 2013, had previously raised funding from LVenture Group and a British private investor.

The team also includes Giulia Scifoni (graphic gesigner, photographer and videomaker) and Emiliano Tomaselli (Developer) and about other five people.

GamePix Teams up with Kaspersky Lab to Play Safely