Today’s internet industry ranks as one of the highest-grossing businesses for global players. China is on the mainstream of digital technology as the country is at the forefront of the tech players around the world.

Getting ahead of the industry requires business people to stay on top of their game by maximizing their professional value. Being an expert at one thing is no longer needed, and most industries need people with multiple areas of proficiency.

An online master of Finance degree, for example, has catapulted workers to the top of the executive ladder by helping refocus their financial leadership to a greater extent. It provides the basic and advanced concepts of corporate finance management, investment theories, and risk management awareness.

All these facets keep aspiring managers up-to-date with the latest financial trends needed to manage a tech-related business. Nonetheless, China’s economy has been dramatically influenced by tech advancements, making them one of the top tech hubs in the world.

Triggering a financial turnaround with tech-related businesses in China

China is not only known for its prime manufacturing industry, supplying cheaper products to the global market. The country is also an emerging technology center with continuous advancements shaping the internet industry.

Experts believe that the country will be the most advanced nation in 10 to 20 years from now. They have made crucial contributions to the global field, including steel manufacturing, sophisticated weapon designs, and will potentially target many of the world’s industries.

Next in line is Tencent Holdings with a net value of $500 billion, and Baidu Inc., with a market value of $136 billion. Combining the internet business around China, the industry has accounted for over 2.75 trillion yuan in previous years. This is listed as 8.8% of the entire digital economy of the country.

China has not been seen as a global player in previous decades. The country has always had a reputation for sweatshop conditions. China only embraced the internet industry when the country was presented with the opportunity because of the financial turmoil experienced by the United States in the early 2000s.

The future of China and its internet industry

The technological future of China is far brighter than that of most Asian countries. The country is only rivaled by Japan, Hong Kong, and Singapore. The past couple of years, China has been a strong contender in the global tech war, slowly catapulting itself behind the United States and other European countries.

The country is also increasing its visibility in the robot manufacturing industry, tech mobility, and internet businesses. Chinese mobile maker, Huawei, is fighting back despite restrictions from the American market, putting out the first 5G technology in the world.

The Chinese government spent $70.8 billion on government-driven tech expenditure in 2016 and there is an expectation that the funding will continue to increase. This figure is more than any country has devoted to tech advancement in the world. 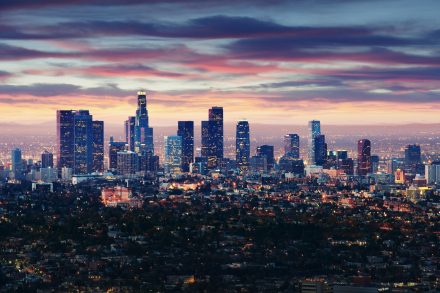 Cost of Living in California