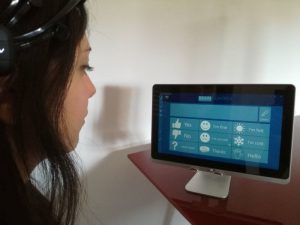 Liquidweb, a Siena, Italy-based developer of a brain-computer interface based device that allows locked-in patients to communicate via brainwaves, raised €2.5M in funding.

The round was led by RedSeed Ventures.

The company intends to use the funds to continue to grow operations.

Founded in 2010 by inventor Pasquale Fedele, Liquidweb has developed BrainControl, a brain-computer interface based device that allows locked-in patients to communicate via brainwaves.
BrainControl aims to allow patients in a locked-in condition to interact using a helmet – that can perform an electroencephalogram – and a tablet. The proprietary software, based on the Brain-Computer Interface (BCI), interprets the electrical map corresponding to certain brain activities, allowing it to be used to control external devices. Moreover, the device has other biometric sensors which make the product able to assist the patient during all phases of the disease.