Stéphane Pesqué (41) is joining Iris Capital as a Partner in charge of early-stage investments in France.
Before joining Iris Capital, Pesqué served as Managing Director of CM-CIC Capital Privé (PE subsidiary of CM-CIC, France’s 3rd largest retail bank) for over 13 years. He actively developed the VC practice, where he mainly operated in the telecoms, internet and software sectors, and has been leading the venture capital team and activities since 2010. During the past 13 years at CM-CIC Capital Privé, he has invested in more than 20 innovative companies such as: Amplitude Technologies (sold to Cathay PE), Exaprotect (sold to Tibco Inc.), Graitec (sold to Autodesk Inc.), Mister-Auto (sold to PSA), Captain Train (sold to TrainLine), Nexway, Deezer, Spartoo, Babbler, etc.
Previously, he worked at Siparex Ventures as an Associate for 4 years, where he led investments such as Emulation Verification Engineering (sold to Synopsis Inc. – NASDAQ), Microwave Vision (formerly SATIMO – IPO), 3D PLUS (sold to HEICO Corp. NYSE).
Pesqué holds a Master Degree in Innovation & Technology Management of UTC (Université Technologique de Compiègne) and an Engineering Degree from ISTIA (Université d’Angers).

Julien-David Nitlech (38) has been promoted Partner. Nitlech, who joined Iris Capital in 2013, is mainly focused on early-stage investments in France/Europe, with an expertise in cloud computing, big data, software and mobile.
He currently sits on the Boards of Directors of Agorize, Mailjet, Shift Technology and V3D (France).
Prior to joining Iris Capital, Nitlech launched and grew the European activities of Apperian, a US start-up that develops and markets a cloud-based mobile application management platform. He started his career in business development for Orange US activities, then led the signature of strategic partnerships between Orange and key vendors on convergence of communications. Nitlech headed Orange’s portfolio of fixed and mobile devices on B2C and B2B markets worldwide, and contributed to establishing the Orange/DT joint venture, BuyIn.
He is a graduate from Ecole Polytechnique and Telecom ParisTech (Paris, France).

Led by Antoine Garrigues and Pierre de Fouquet, Co-founders and Managing Partners, Iris Capital specializing in the digital economy having invested more than €1 billion in more than 250 companies since inception in 1986.
The firm has a strategic partnership with Orange and Publicis and offices in Paris, Cologne, Berlin, San Francisco, Montreal, Riyadh, Dubai, Beijing and Tokyo. 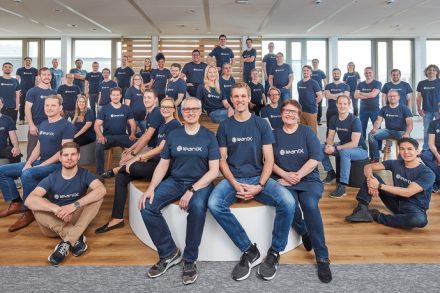 By FinSMEs Published on December 6, 2018
Germany