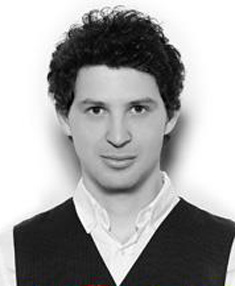 It was written a lot about Bitcoin last year. Even too much. Aut tace aut loquere meliora silentio. Last year when I founded the Discover Bitcoin together with Davide Mancini, Annalaura Ianiro and professors of LUISS Guido Carli University, we obliged ourselves not to talk about things we didn’t see directly or we weren’t able to understand yet, since it was more appropriate to talk about what you know best.
Talk a lot about Bitcoin and then the price will increase. This is what you can hear from all Bitcoin lovers. It doesn’t work in this way. As the market, also communication is full of traps either random or not. The power of media showed gaps in terms of appearance and substance. “Bitcoin is a virtual currency”. This is the message, making you believe it’s only a game for geeks. The Bitcoin is not regulated, it is the devil, and finally it has been the worst investment of 2014. No, it can’t be so easy. No one talked about the technology which is behind Bitcoin. Media only passed time speculating about it. And they invented a new gold rush, “the gold of the geeks”.

Davide, Annalaura and me were “forced” to write a book in a month because the publisher wanted to get the book as soon as possible. Actually, what happened in 2014 has a specific name: “Irrational exuberance”. I remember Schiller’s masterpiece. It’s simple, it was easy for the banks to get rich and it had no risks. Too much beautiful to be true. And the crisis of 2008 was caused by this madness. It was thought that by dividing and transferring the risk, it could decrease. But it was not so. Everything came back like a boomerang. That’s what happened to Bitcoin.

“Mea Culpa”. The declaration the most important bankers should have had. I like to imagine that Bitcoin was born as a tool of rebellion. And its strength actually comes from its innovative and revolutionary power. 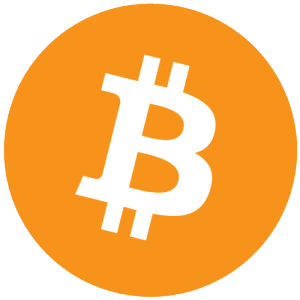 It was thought, not rightly, until a few months ago that you could get rich with a video card and mining the Altcoin, or all other crypto currencies. But what I learnt from my experience in the market is that if something is cheap this is because the less experts who are looking for easy money live in the illusion that it will increase its value in the future. Well, it does not. Look at Monte dei Paschi di Siena’s stocks. Their value has been fixed at a low price for years. And nowadays the situation is even worse. But people continue to bet, ant it goes on for years. Because they like the game, like gambling and not investing.

A Cognitive dissonance. I was a victim of my certainties. When Bitcoin’s value was pair only to a few dollars, I followed it. It was fascinating for me. I sold all the Bitcoins and gained very little. Then I bought them again, when their value was more and more higher, I did trading and then I put them aside. In a wallet. Now they are there. Safely maybe. I would not have ever expected what happened to bitcoin. Because it is a rare case in the financial world. But here there is the mistake. We are not talking of the financial market, but about an alternative system or a better technology. Software.

American venture capital firms are investing in Bitcoin startups more than they did at the time of internet dot com bubble. I believe it. That’s why I put them in a wallet which I will probably open in 10 years…

2015 will be the year of Bitcoin? Will Bitcoin be the new currency?

Taleb wrote about the tale of Creso, the King of Lydia and the richest man of that time. It was told that one day Solon decided to visit him. Solon wasn’t surprised about Creso’s goods and wealth and Creso became always more bad- tempered for this reason. He couldn’t accept that someone didn’t admire its richness. Therefore Creso asked Solone if he met someone happier than himself. Solon talked about a men who lived with dignity and morality until his honorable death in a battle. Then Solon mentioned more and more tales about happy and honorable men. Finally, Creso, irritated, asked why he couldn’t be considered the happiest man in the word. Solon answered that the current happiness and fortune cannot make as arrogant, since that the present can change in every moment.

Similarly to what Nassim Taleb said, “Bitcoin is the beginning of something great”. The big powers are Creso and Bitcoin is Solon. That’s all. That’s what I wish for the next year and the following ones.

*Antonio Simeone is a journalist, blogger, book writer and entrepreneur. He is the co-founder of Discover Bitcoin, an acadamic observatory about cryptocurrencies at Rome-based LUISS University. He is the co-author of “Bitcoin: Guida all’Uso”, a guide to the use of the cryptocurrency (in Italian).