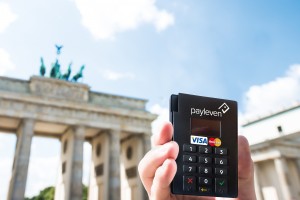 The backers and amount was not disclosed but reports said it would be in a single digit USD million dollar sum.

The company intends to use the capital to continue to develop its products and expand in Europe and South America.

Co-founded in March 2012 by Alexander Zumdieck, CEO, Alston Zecha, COO, and Rafael Otero, CTO, Payleven provides a device that attaches to users’ smartphones to enable merchants to convert them into an easy-to-use debit & credit card reader with no monthly fees. The current version fully supports a range of iOS and Android devices including Samsung Galaxy Nexus, S2 as well as S3 and HTC One. All payleven apps are setup to process cards with both the current Swipe and Sign and the upcoming Chip & PIN solution.
The company is also based in London and Ian Marsh is the UK CEO & co-founder.