Skip to content
Independent European Private Equity firm Argos Soditic has sold its stake in Kägi, a Swiss food processing company, to an undisclosed Swiss industrial family, who has a strong interest in the fast moving consumer goods (fmcg) market.
Argos Soditic acquired Kägi Söhne AG for an undisclosed amount in a single transaction. During the holding period, Kägi reinforced its market position in Switzerland, and grew its export markets in the Middle East, Germany and Austria.
Commenting on the transaction, Beat Siegfried, CEO of Kägi Söhne AG, was reported to say: “Our partnership with Argos Soditic was characterized by quick and efficient decision making, which allowed us to create value and to prepare for an accelerated development of Kägi in the coming years.
“We invested not only in the optimization of production processes and in new technologies, but also in product innovations and access to new markets such as China.
“These investments will enable Kägi to further grow its brand and to offer its famous wafer and biscuit specialties to existing and new clients at the outstanding quality levels it is known for”.
FinSMEs
15/02/2010 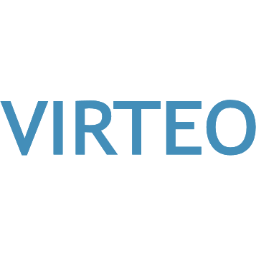 Virteo Raises over €2.2M in Funding