As more countries move forward with their plans for cryptocurrency regulation, regulators’ varied approaches highlight multiple challenges presented by this revolutionary new asset. Not surprisingly, among them there is considerable diversity ranging from bans in Bangladesh or Ecuador to absolutely legal status in Japan. Likewise, various government agencies have classified bitcoins and ICOs differently. China and Vietnam have already issued a ban on ICOs. China and Russia are developing their own sovereign digital currency, sort of as a replacement to Bitcoin.

It’s hardly surprising that nations with large governments would fear such a radical, seemingly chaotic commodity. Bitcoin naysayers on the other side of the globe, Jamie Dimon of JPMorgan Chase being the most prominent of them, point out that the cryptocurrencies are serving such unlawful purposes as drug dealing, child pornography and money laundering. However, experts argue that central bank-initiated digital currencies such as Cryptoruble might result in even tighter control on cash flows. Even though as of now there is no regulation for crypto in Russia, last week state Duma announced conducting analytical research relating to Blockchain for the year 2018. Russian president seems to seek an end to the contradictory government position on cryptocurrency regulation and called for a complete ban on all cryptocurrencies within Russia. In the same ban-manner virtual currencies are looked upon in the Middle East.

Hence, in the UAE, the central bank had rejected proposals to issue licenses for the trading of virtual currencies, which prevented the cryptocurrency exchanges to offer their services locally. The government of Algeria is reportedly considering the prohibition of the use and possession of crypto. In Indonesia it was announced that Bitcoin represents neither a legal nor a recognized medium of exchange and payment. Strangely enough, the largest financial hub in Asia is also being quite cautious. Just recently an official of Monetary Authority of Singapore (MAS), which serves as the central bank and financial regulator of Singapore, said that MAS has no plans of regulating cryptocurrencies whatsoever. The central bank will be keeping an open mind, though the official also stated the necessity of establishing anti-money laundering control in the future.

Meanwhile, the advocates of the decentralized cryptocurrencies claim the time to take back control of global financial systems supervised by centralized institutions has already arrived. And virtual currencies resolve these issues all at once due to their decentralized nature and scarcity. A solid attempt to regulate crypto and ICOs is being undertaken by the US at the moment with Securities and Exchange Commission – SEC being the first governmental body to address the issue. In july 2017 after the crash of notorious DAO federal law on securities equaled issuing tokens during an ICO to issuing securities.

Therefore, crowdsale teams and startups may be subject not only to civil, but also to criminal liability. SEC is entitled to investigate into every detail of ICO, if it reveals that token sale involved: providing non-sufficient information, price manipulation, unfair treatment of customers / users and – most importantly – sale of tokens that were not registered as securities with SEC. To be exempt from any type of liability, token issuer – or simply token seller – must fully disclose all the information on the company under Section 13 of Federal Law “On securities sale”. Section 2 of the same law stipulates that no deal with securities (tokens) shall be made unless it is registered with SEC. Obviously this is done for investor protection. Another important aspect is taxation. Federal Tax Service defines cryptocurrency as taxable property, which means that when buying something with bitcoin or exchanging bitcoin to any other currency, you must pay tax. And don’t forget to inform Federal tax Service if you do mining too. Laws are slightly varied from state to state too.

Hence, Washington, D.C. signed into law the bill defining virtual currency merely as digital presentation of certain value that is used for exchange, but does not have a legal status of means of payment. Whereas the federal government has officially recognized bitcoin as such. All cryptocurrency market players – companies carrying out ICOs in particular – should also comply with a new rule on licensing and trademarks. Just a week ago SEC issued a public statement calling celebrity ICO endorsements “potentially unlawful” and warned that celebrities who improperly promote security tokens may be liable for violating federal securities laws. Despite US government attempts, there is still no common solid opinion on how exactly this should be done and American crypto regulation is still in its infancy.

Let’s now turn to crypto regulation pioneers where Japan is one step ahead of everyone else. Not only the country recognised Bitcoin as legal tender, but also legislated on cryptocurrency exchanges. It’s no surprise that Japan are now trading volume leaders in the digital currency space.

The British legislature back in 2014 published clear regulation on cryptocurrency treating bitcoin in exactly the same manner as foreign currency. The law stipulates that “bitcoin may be held as an investment or used to pay for goods or services at merchants where it is accepted.”
The European Union yet has not passed any specific crypto legislation, but has stated that VAT is not applicable to the conversion between fiat currency and bitcoin, therefore cryptocurrency is not treated as commodity, but more like a currency. According to European courts, VAT shouldn’t be charged because bitcoins should be treated as a means of payment. According to the European Central Bank, traditional financial sector regulation is not applicable to bitcoin because it does not involve traditional financial actors. It classifies bitcoin as a convertible decentralized virtual currency. Last year the European Parliament’s proposal to set up a taskforce to monitor virtual currencies to combat money laundering and terrorism, passed the majority of votes and was sent to European Commission for consideration. In 2017 it was revealed that the proposal will require cryptocurrency exchanges and wallets to identify suspicious activity. In Switzerland – a financial mecca of Europe – in 2014 the Swiss Federal Council issued a report on virtual currencies stating that virtual currencies are not in a legal vacuum. In 2016 the Zug region added bitcoin as a means of paying city fees, and Swiss Federal Railways, government-owned railway company, sells bitcoins at its ticket machines. Scandinavians took pretty positive outlook on crypto as well: The Finnish Tax Administration has issued instructions for the taxation of virtual currencies, including the bitcoin. Rather than a currency or a security, a bitcoin transaction is considered a private contract. Mined bitcoin is considered earned income. The Norwegian Tax Administration stated that they don’t define bitcoin as money but regard it as an asset. The Norwegian government stated in February 2017 that they would not levy VAT on the purchase or sale of bitcoin. The Swedish jurisdiction is quite favorable for bitcoin businesses and users as compared to other countries within the EU and the rest of the world. The Swedish Financial Supervisory Authority legitimized the fast growing industry by publicly proclaiming bitcoin and other digital currencies as a means of payment.

Finally, in Germany it was announced that bitcoin is now essentially a “unit of account” and can be used for the purpose of tax and trading in the country, meaning that purchases made with it must pay VAT as with Euro transactions. It is not classified as a foreign currency or e–money, but stands as “private money”, whatever that means.

Trying to wipe out crypto and ICOs out of financial and legal space seems to be rather unreasonable. But at the same time a blockchain evangelist Alex Tapscott likened trying to control digital assets to “trying to catch water.” With more countries attempting to draft their own cryptocurrency regulation, it’s exciting to watch which direction this diversification of legislative approaches will take. 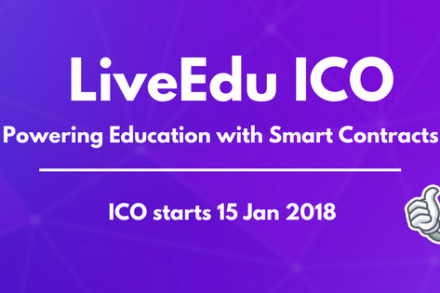