MIAMI, NEW YORK & MEXICO CITY–(BUSINESS WIRE)–Searchlight Capital Partners, LP (“Searchlight”), a global private investment firm, ForgeLight LLC (“ForgeLight”), an operating and investment company focused on the media and consumer technology sectors, and Grupo Televisa, S.A.B. (“Televisa”) a leading media company in the Spanish-speaking world, today announced the completion of Searchlight and ForgeLight’s acquisition of a majority ownership interest in Univision Holdings, Inc. (“Univision”), the leading Hispanic content company in the United States. In connection with the transaction Televisa will maintain its ownership interest in Univision and will convert its warrants into common stock. Televisa will also maintain its Program License Agreement and will continue to serve as an important strategic partner to the company’s new majority owners.

Wade Davis, media industry veteran and CEO and founder of ForgeLight, also assumed the role of Univision CEO, effective as of the closing of the transaction. Led by Davis and benefitting from his extensive expertise in managing the growth and transformation of large-scale media enterprises, Univision’s new leadership team plans to use the company’s extensive platform and strong pipeline of entertainment, sports and news content to deepen its relationship with the Hispanic community, one of the most important consumer groups in the United States. Building upon its established leadership in Spanish-language media, Univision will also seek new opportunities to innovate and accelerate growth by creating new market-defining content for the next generation of Hispanic viewers, expanding its portfolio of advertising products and enhancing its digital presence.

“I am honored to be partnering with Searchlight and Televisa to begin this exciting new era for Univision,” said Mr. Davis. “Televisa’s strategic insight and global content leadership, coupled with Searchlight’s tremendous experience as a long-term media investor, will help us fully realize Univision’s potential as the leading Hispanic content company in the United States. Univision’s recognized and trusted brand, its consistent performance, and its leadership serving an important and growing consumer audience give us an unmatched opportunity to achieve even greater success.”

Davis added: “I want to thank Vince Sadusky and the entire team for their work to refocus our strategy on the company’s deep roots in the U.S. Hispanic community and for building a robust platform to support future innovation. I am proud to inherit leadership of such an incredible team, and I know that together we can create even greater value for our advertisers, distributors and investors, and, most importantly, create innovative and compelling content for our audiences. This is a pivotal moment in Univision’s rich history, as the company plays an increasingly important role in educating audiences about key issues relevant to the Hispanic community and encouraging and elevating the dialogue on social justice and equality, while also continuing to provide entertainment when viewers need it most. I couldn’t be more excited to get started. I would also like to thank Haim Saban and all the prior owners for their stewardship of this iconic business.”

Eric Zinterhofer, Founding Partner of Searchlight Capital, added: “We are delighted to complete this transaction and look forward to partnering with Televisa, Wade and the leadership team to realize our ambitions. We are confident that Univision’s strong content and leadership in serving the dynamic U.S. Hispanic community positions the company for continued success.”

Bernardo Gomez and Alfonso de Angoitia, Co-Chief Executive Officers of Televisa, said: “We are excited to be part of this new phase of Univision. Wade’s leadership and Searchlight’s support are the catalysts that Univision needs to solidify its position as the leading Spanish-language media organization in the United States in light of the rapid changes that the industry is facing. We are looking forward to an even closer collaboration with Univision to help it implement the many transformational initiatives that Wade has set out to achieve. We would also like to thank Haim Saban for his leadership and dedication to Univision all these years.”

As previously disclosed, under the terms of the acquisition, investors including Searchlight and ForgeLight purchased an approximately 64 percent ownership interest in Univision from an investor group including Madison Dearborn Partners, Providence Equity Partners, TPG, Thomas H. Lee Partners and Saban Capital Group. Televisa has retained its approximate 36 percent stake in Univision’s fully diluted equity capital. Televisa’s Program License Agreement with Univision will remain in effect in accordance with its terms. The agreement, which is one of Univision’s most strategic assets, provides the company exclusive access to the largest Spanish-language video library in the world.

Searchlight Capital Partners is a global private investment firm with over $8 billion in assets under management with offices in New York, London and Toronto. Searchlight seeks to invest in businesses where their long-term capital and strategic support accelerate value creation for all stakeholders. For more information, please visit https://www.searchlightcap.com.

ForgeLight is an operating and investment company focused on the media and consumer technology sectors founded in 2019 by Wade Davis. ForgeLight directly operates or provides dedicated operating support to its companies.

Televisa is a leading media company in the Spanish-speaking world, an important cable operator in Mexico and an operator of a leading direct-to-home satellite pay television system in Mexico. Televisa distributes the content it produces through several broadcast channels in Mexico and in over 70 countries through 25 pay-tv brands, television networks, cable operators and over-the-top or “OTT” services. In the United States, Televisa’s audiovisual content is distributed through Univision Communications Inc. (“Univision”), a leading media company serving the Hispanic market. Univision broadcasts Televisa’s audiovisual content through multiple platforms in exchange for a royalty payment. In addition, Televisa has equity representing approximately 36% on a fully-diluted basis of the equity capital in Univision Holdings, Inc., the controlling company of Univision. Televisa’s cable business offers integrated services, including video, high-speed data and voice services to residential and commercial customers as well as managed services to domestic and international carriers. Televisa owns a majority interest in Sky, a leading direct-to-home satellite pay television system and broadband provider in Mexico, operating also in the Dominican Republic and Central America. Televisa also has interests in magazine publishing and distribution, professional sports and live entertainment, feature-film production and distribution, and gaming.

This press release contains forward-looking statements based on the current expectations of Searchlight Capital Partners, LP, ForgeLight LLC and Grupo Televisa, S.A.B. Words such as “believe”, “anticipate”, “plan”, “expect”, “intend”, “seek”, “potential”, “target”, “estimate”, “project”, “predict”, “forecast”, “guideline”, “may”, “should”, “could”, “will” and similar words and expressions are intended to identify forward-looking statements, but are not the exclusive means of identifying these statements. Actual future events or results could differ materially from these statements, for reasons including but not limited to: economic and political developments and conditions; uncertainty in global financial markets; the impact of the COVID-19 pandemic; changes in inflation rates; changes in interest rates; the impact of existing laws and regulations, changes thereto or the imposition of new laws and regulations affecting our businesses, activities and investments; changes in customer demand; and effects of competition. Readers are cautioned not to place undue reliance on these forward-looking statements, which speak only as of the date of this press release. Searchlight Capital Partners, LP, ForgeLight LLC and Grupo Televisa S.A.B. undertake no obligation to publicly update or revise any forward-looking statements, whether as a result of new information, future events or otherwise. 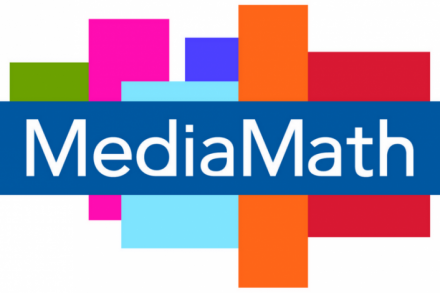 By FinSMEs Published on July 10, 2018
Uncategorized