Omni World Holdings, an Azerbaijan-based company and pioneer of investment solutions in the CIS and GCC states in areas of natural resources, tourism and finance, is currently expanding its focus to include the UAE. In conjunction with the announcement, Eric Schaer, Chairman and CEO, answered our questions about the company, their solutions and future plans.


FinSMEs: Hi Eric, can you tell a bit more about you? What’s your background?

Eric: Sure, I’ve been involved in the financial sector for several years. Before joining Omni World Holdings, I served as director at a leading private investment and consulting firm that specialized in financing and acquisitions of software services and development firms. I was also tasked with acquisitions and financing for both domestic and “near-shore” technology outsourcing businesses. Before that, I founded a technical consulting firm that provided professional services to both private and military sectors in the United States, Latin America, and Europe.

My experience includes assisting with the development, revitalization and management of next generation technology firms, and I have a special interest in turnarounds of distressed businesses. I’m also proud to support President Clinton’s Millennium Foundation. In fact, I was selected to serve as an Ambassador for the Foundation’s New York event. I’ve also served on various advisory boards, including as Chairman of the Latin American Chapter of the International Association of Outsourcing Professionals. I also served on the Microsoft Advisory Council and the Board of Directors of COMDEX Latin America.

FinSMEs: What are the CIS countries, and how did you determine that growth can be achieved by successfully investing in ventures there?

Eric: Over the past several years, I’ve been an advocate for investing in the CIS countries as well as in several western African nations, where significant investment growth possibilities exist. CIS is an abbreviation for the Commonwealth of Independent States.

Right now, a number of people are actively investing in the Russian, Kazakhstan and Ukrainian stock markets. On the other hand, in some of the other CIS countries, the markets are not yet fully developed, so the common belief has been that investments in those countries are considered somewhat high-risk. That will likely not be the case for long because those countries are also emerging quickly, which in some instances is spurring their GDPs to grow as well. So although I don’t have a crystal ball, it’s very likely that they will thrive in the not-too-distant future.

FinSMEs: Wasn’t it not that long ago that the CIS countries were experiencing some market turbulence?

Eric: Yes, this is true. There were a number of major financial issues in the CIS countries just a few years ago. But those problems are past and the markets are now rebounding. As an example, look at Uzbekistan. That nation alone, with more than 33 million citizens, has the largest population in Central Asia. But it’s not just the people.  Uzbekistan also has rich reserves of natural resources and a strong infrastructure. In my opinion, Uzbekistan has every opportunity to become one of the strongest economies in the post-Soviet area.

Investors need to be aware that Uzbekistan has demonstrated stable economic development in recent years, and its leadership continues to implement major economic reform policies targeted at boosting growth. And by modernizing state-owned monopolies — which exist in several sectors — and creating a supportive climate for direct investment by both private and foreign entities, the country is positioning itself well for growth.

Not really related, but it should probably also be mentioned that there was a bit of a slowdown during the recent COVID-19 epidemic. But that was only temporary. Now, things are slowly but surely returning to normal and investors should not be concerned. After all, this part of the world has been dedicated to pursuing innovation for many decades, and that won’t change.

FinSMEs: There’s quite a bit of technology being developed in the CIS nations as well, correct?

Eric: Yes, absolutely, and this means lots of opportunities for investment in tech companies that are going places. If you look at the region in which the CIS countries are located, you’ll find people and companies with deep experience developing innovative technology. This includes space-related technology and robotics. Also — and this is a major factor in the scientific and business sectors — schools in the CIS countries emphasize STEM (science, technology, engineering, and math) education, so it’s continually preparing students to be the next generation of innovators.

FinSMEs: Moving away from the CIS countries, you’re also a major believer in the growth potential for investors in Western African Countries. How is the marketplace developing there?

Eric: There has never been a better time to invest in West Africa, for many reasons. In 2019, it was reported that venture funding in Africa topped the $1 billion mark for the first time. Now, there’s a substantial amount of funding in the western part of the continent as well.

In the country of Senegal, for instance, where the business climate is one of Africa’s fastest growing economies, the government welcomes a stable political environment.  Senegal is also in a favourable geographic position and has strong institutions with growing opportunities for foreign investment. In 2020, Senegal had an expected GDP growth rate of 6.8%, and is classified among the top three fastest-growing economies in Africa, behind Côte d’Ivoire and Tanzania.

There is so much untapped business potential in West Africa, and I think investors will start to catch on. 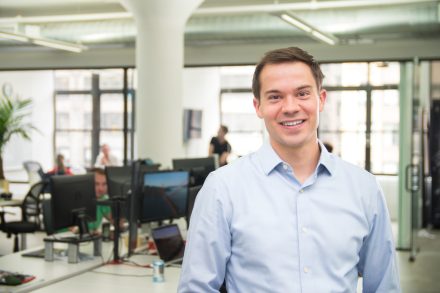 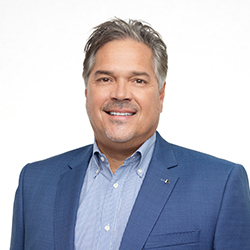