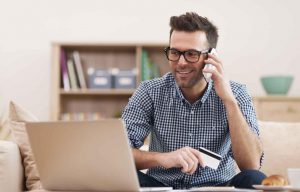 Mr. Lee joins the company with more than 25 years of advanced sensor engineering and executive leadership from InVisage, Apple, OmniVision, and Silicon Graphics.

In addition, Sentons announced that Forest Baskett, PhD., a general partner at global venture capital firm New Enterprise Associates (NEA), will join the Board of Directors. Dr. Baskett brings over 35 years of leadership and experience in the computing and semiconductor markets.

Prior to Sentons, Mr. Lee served as President and CEO of InVisage Technologies. He led InVisage from its neonatal R&D stage to product adoption and revenue with Tier 1s, more than $100M of capital raises, and ultimately its exit to Apple, where he drove M&A integration into undisclosed projects.
His previous companies include OmniVision Technologies.

As a general partner at NEA, Dr. Baskett has partnered with many technology companies, many of which have had successful exits including Tableau Software (IPO), Atheros Communications (IPO), Audience (IPO), Fusion-io (IPO), and Data Domain (IPO). He joined NEA as a Venture Partner in 1999 and became General Partner in 2004. Prior to becoming a venture capitalist, Dr. Baskett worked in the tech world as Senior Vice President of R&D and CTO of Silicon Graphics Inc., and was a Professor of Computer Science and Electrical Engineering at Stanford University.

Founded in 2011, Sentons is a world leader in advanced touch and force sensing solutions. Its technology utilizes a combination of ultrasound and direct force sensors, to enable users to interact with their personal devices. The company works with leading OEMs to implement this technology into the next generation of mobile phones, tablets, and other electronic products. Sentons is venture funded by New Enterprise Associates and Northern Light Venture Capital.