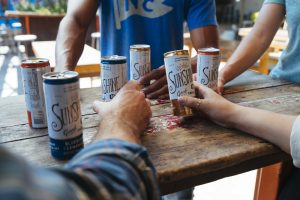 Birthed out of ad agency The Variable, where founder and CEO Keith Vest continues to serve as chairman, later joined by President Lizzie Ward, Sunshine Beverages produces, markets and sells an energy beverage, branded Sunshine, which is expanding across the Southeast with three refreshing flavors: Ginger Berry, Blueberry Lemonade, and Clementine Twist, all of which are packed with vitamins, electrolytes and the right amount of caffeine.

The company is using the funds to expand operations (having grown to eight full-time employees) and to rapidly accelerate its presence from North Carolina’s Piedmont Triad region to all parts of North and South Carolina, Georgia and Virginia.