Led by Jason Doyle, CEO, Gridics recently launched Zonar, a map-based zoning code application and proprietary rules engine that allows users to quickly view a 3D, by-right development potential of a specific parcel or parcels. The application enables the customization of usage scenarios such as residential, mixed use, office, hotel or commercial.
In April 2017, the company secured a contract with the City of Miami to use the Zonar.City platform to expedite the processing of development plan reviews and is now expanding nationwide, starting with all five boroughs of New York City in Q1 of 2018. 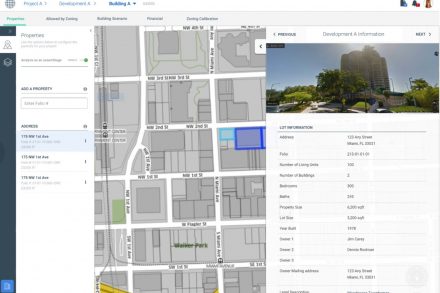