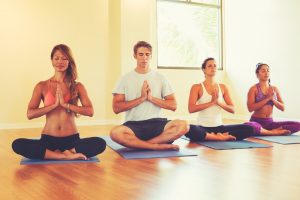 Over the past five years, the Yoga Studios industry has grown, thanks to more health-conscious individuals participating. A lot of people are curious about it and want to make yoga their new lifestyle. It’s no secret, as yoga has a myriad of benefits. In United States alone, the enthusiasm of people to do yoga is going higher day by day.

In response to this trend, many studios have expanded their product portfolio of ancillary items (e.g. merchandise and supplements) and services, which has bolstered industry revenue. In the coming years, many yoga studios will emphasize the health merits of yoga to attract the burgeoning elderly population.

Even venture capitalists consider the trend and some investments have been already made in the sectors. As showed in AngelList, in the latest years, startups have tried to build services around Yoga several times to bring it to the web and mobile.

The industry includes companies that primarily offer yoga classes, with memberships offered in numerous formats, including on a per-visit, monthly and annual basis. Some studios also offer classes on a donation basis, with customers asked to voluntarily pay suggested prices. However, over the past five years, many studios have implemented membership fees to cover rising costs.
People, non only women but even men, often managers and entrepreneurs, can receive enormous benefits in doing this kind of activity.

But before starting, you need to know something. Some tips include:

Diet before doing yoga
Before doing yoga, it is recommended that you avoid the consumption of food, at least 2 hours before the class begins. The purpose of doing this is keeping people not disturbed by the digestive process. One of the classic causes of failure is indigestion. For info, eating spicy food is something that is not recommended by most experts yoga. Yoga talks about health and excessive eating spicy food is not good for health.

Do not be late
Try to come early. In addition to being able to prepare nerves more relaxed, people should not disturb others who are fully concentrated.

Focus on Exercise
Yoga is a personal exercise, because it can only be achieved through an internal focus. So you do not have to worry too much to do the best poses, because the most important thing in yoga is how you do the pose. Many people fail to practice yoga because they are too focused on yoga techniques. Yoga techniques can be learned but how to start yoga basics is the hardest part. The principles of the yoga movement are the first step and the stepping stone for the next steps. Ignoring this is tantamount to building a house on a pile of sand.

Wear comfortable clothes
You can mix and match the “leotard” with loose shorts, or can also with tights without legs while the shoes themselves are not needed while doing yoga exercises. It is recommended to use clothes where you can feel free and comfortable to be yourself completely.
You are advised to buy only quality yoga clothes.
Of course you have to deal with reputable stores. With the help of the Internet then you can find them much more easily than a decade ago. Just typing a few keywords on Google then you can get whatever information you’re looking for.
E.g. Ana Heart is a provider of quality yoga equipment for people who want quality without having to spend too much money. 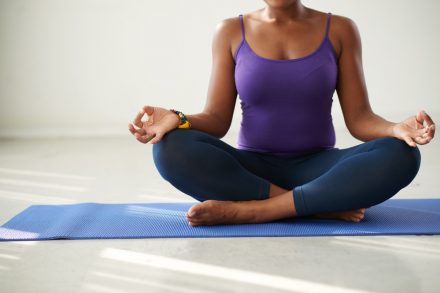