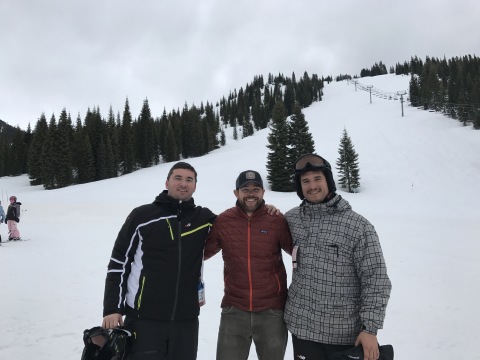 Skitude, a Girona, Spain-based complete network of mobile apps for ski and mountain fans, raised more than €800k in funding.

The round was led by The Crowd Angel, BA de BAGI, ESADE, BAN and IESE, as well as the Bbooster Dyrecto fund and Grupo Z. Of the capital obtained in the round, €650k is from a capital increase, while the rest will be co-financed by Enisa and other public programs.

The company intends to use the funds to expand the business in North America and Europe, especially in the United States, Canada, the Alps, Scandinavia and Eastern Europe, and diversify the digital platform to include pursuits other than ski and winter sports, such as running, biking, and outdoor activities in general.

Led by Marc Bigas, co-founder & CEO, Skitude operates a network of mobile apps for ski and mountain fans. Among other things, the apps allow skiers to obtain real-time information about the state of more than 2,500 ski areas across the globe, while also letting users openly record their activity to measure their performance and compare or compete with other users. Currently, the startup is working directly with more than 50 ski and mountain resorts in 8 different countries, each with their own Skitude-compatible app for monitoring and ranking performance. In addition, Skitude works with a network of outdoor brands which includes Snowinn, Atomic or Elan, among others.
Since 2014, the company’s apps have had over 650,000 downloads in 24 countries, while accumulated revenue and contracts signed come to over €850k.