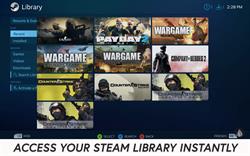 The round was led by Samsung Global Innovation Center, Sun Microsystems founder Scott McNealy, and former Sun Microsystems and AOL-Time Warner executive Bill Raduchel. Both McNealy and Raduchel serve as LiquidSky’s strategic advisors, with Raduchel also the company’s Chairman of the Board.

The company intends to use the funds to scale and grow its infrastructure.

Led by Ian McLoughlin, CEO, LiquidSky allows gamers to play any PC title nearly anywhere, anytime on Android, Mac, Linux or even low-spec Windows PC devices via a cloud-based “SkyComputer” — a dedicated Windows gaming PC with up to a terabyte of online storage. Customers may download and play any PC game or application they choose from any digital distribution portal, including Steam, BattleNet, Uplay, Origin, and many others.

Presently in closed beta, LiquidSky has already been used by over half a million users.