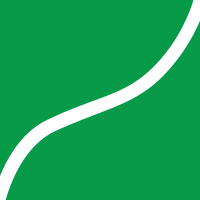 According to a regulatory form filed with the SEC, eighteen investors participated in the offering of B Capital Fund, L.P.
The document does not list any person related to the raise.

Led by Eduardo Saverin*, popular for being one of the co-founders of Facebook, B Capital invests in technology companies. With offices in Los Angeles, San Francisco, and Singapore, The firm focuses on helping entrepreneurs launch startups that are ready to scale across the global stage.
B Capital partners with Boston Consulting Group, and its incubation arm BCG Digital Ventures.

*A Sao Paulo, Brazil, native, Saverin was a co-founder of Facebook, in which he invested the majority of his savings. As of 2015, he owns 53m Facebook shares. In 2006, Savering graduated with a degree in Economics with honors from Harvard University in 2006 and has lived in Singapore since 2009.
He currently is a seed, early-stage and growth technology investor and mentor.

By FinSMEs Published on January 4, 2016
Singapore