Philanthropist and entrepreneur Paul G. Allen committed $100m to a new initiative to find and fund ideas at the frontier of knowledge to advance science.

Led by Tom Skalak, Ph.D., founding Executive Director, the Seattle, Wash.-based Paul G. Allen Frontiers Group will dialogue with scientists, visionaries and innovators around the world via external listening tours, workshops, symposia and major events, will then synthesize findings to search areas of exploration that will lead to transformational insights and achievements in science.

The group has established two paths for funding new ideas:
– The Allen Distinguished Investigator (ADI) program, which supports early-stage research with the potential to reinvent entire fields. Allen Distinguished Investigators are thought leaders, explorers and innovators who seek world-changing innovations. With grants typically between $1m and $1.5m each, the Frontiers Group provides these scientists with support to produce new directions in their respective fields; and
– The Allen Discovery Centers, which are a new type of center for leadership-driven, compass-guided research in partnership with major research organizations and universities. The Frontiers Group will typically provide $20m over eight years with $10m in partner leverage, for a total scope of $30m each. 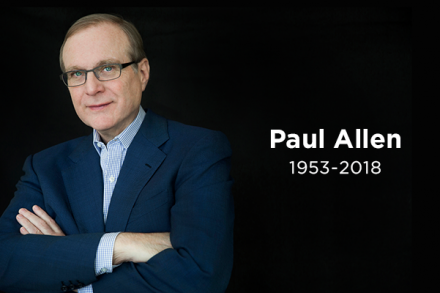