labfolder, a Berlin, Germany-based provider of a platform for connecting laboratories, raised a seven digit euro financing round.

The round was led by the Charité Biomedical Fund, (CBF-1) under the management of Peppermint VenturePartners, with participation from previous investors
VC Fonds Technologie Berlin (managed by IBB Beteiligungsgesellschaft) and Vogel Ventures as well as business angels Jan Bohl and Dr. Wolfgang Vahrson.

The company intends to use the funds for further development of the software platform, and expanding marketing and international sales.

Founded in 2013 by Dr Florian Hauer and Dr. Simon Bungers, who developed the concept during their PhD work in laboratories within Max-Planck Institutes in Göttingen, labfolder provides digital laboratory notebook software for research connecting researchers and data, as well as equipment, special software and laboratories globally.

The third founder of the company, Matthias Schäffner, who led the development as CTO, left the company in 2014 due to personal reasons. In early 2015 Joris van Winsen, a dutch financial expert with extensive experience in the pharmaceutical sector, joined labfolder as a late founder and CFO supporting growth as new member of the management board.

*In October, the company and its partners will present the intelligent, interconnected laboratory of the future in a special show called “Smartlab” that takes place from October 6 – 8 as part of the trade fair Labvolution.

caprotec bioanalytics Raises €4M in Series B Financing Round 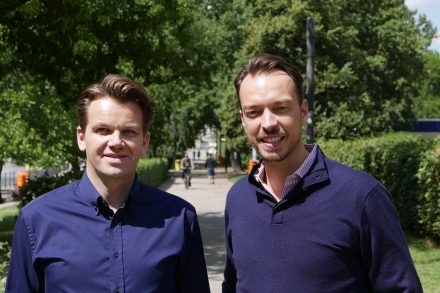