The round was co-led by new investors Claris Ventures and 2 Invest, with participation from 3B Future Health Fund and Alef 6 and existing investors CDP Venture Capital SGR, Italian Angels for Growth, Ersel, Club degli Investitori and ACE Venture. Pietro Puglisi, Partner at Claris Ventures and Heikki Lanckriet, CEO of 4BaseBio will join Kither’s Board of Directors.

The company intends to use the funds for the clinical development of its lead product KIT2014, a novel cell-permeable peptide for the treatment of cystic fibrosis (CF) that works to modulate cyclic adenosine monophosphate (cAMP) levels inside cells, and to begin expanding and diversifying its pipeline of products for the treatment of rare pulmonary diseases by launching the pre-clinical development of KITCL27, a small molecule PI3K inhibitor pro-drug being developed as a monotherapy for idiopathic pulmonary fibrosis.

cAMP levels are directly associated with the pathogenesis of CF including mucus accumulation, inflammation, and bronchoconstriction. KIT2014 is currently being developed as an add-on to the current standard of care enabling improved efficacy by directly focusing on the most significant ailments of CF patients, delivered directly to the lungs as an inhaled therapy. The Company expects to complete pre-clinical studies in 2022 and begin a Phase 1/2A clinical trial of KIT2014 soon thereafter.

Founded by Prof. Alessandra Ghigo, Prof. Emilio Hirsch, Prof. Alberto Bardelli and Marco Kevin Malisani and led by newly appointed CEO Dr. Vincent Metzler, Kither Biotech is a biopharma company which aims to identify and develop new drug candidates for the treatment of rare pulmonary diseases, with specific focus on cystic fibrosis and idiopathic pulmonary fibrosis. A spin-off from the University of Turin, the company actively collaborates with the Molecular Biotechnology Center (University of Turin) and other research centres in the world. Kither has developed a pipeline of treatments currently under preclinical development, with programs in cystic fibrosis, idiopathic pulmonary fibrosis and other respiratory diseases.

Dr. Metzler has served on the Board of Directors of Kither since June 2020, bringing more than 20 years of experience in commercial operations in pharma and biotech. Prior to joining Kither, Dr. Metzler was Vice President, Head of Marketing and Commercial Operations, Europe, at immunotherapy company Atara Biotherapeutics, and a member of the Executive Leadership Team of Wilson Therapeutics, a Swedish biotech clinical-stage company.

Following the appointment of Dr. Metzler as Chief Executive Officer, current CEO Marco Kevin Malisani transitions to the role of Chief Financial Officer and remains a member of the Board of Directors. The Board of Directors will be chaired by Laura Iris Ferro, early investor in Kither and founder of Gentium, acquired by Jazz Pharmaceuticals for $1bn. 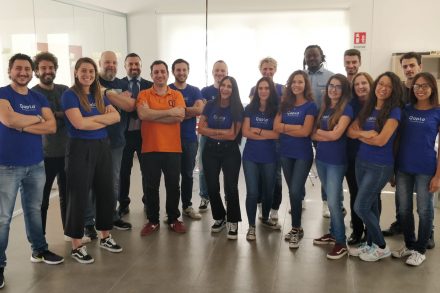