Home » What’s Next for the iGaming Media Companies?

It’s a tough time for iGaming affiliates at the moment, to say the least. Recent statistics have shown that the five biggest iGaming affiliate companies, namely Catena Media, Gaming Innovation Group (GiG), Net Gaming Europe, Raketech Group, and XLMedia have lost over 70% of their stock market value in the two year period between February 2018 and January 2020.

It’s no surprise that this has caused more than a little fear amongst not only these affiliates, but also for the smorgasbord of smaller affiliate companies and organisations operating in the iGaming industries.

With GiG leading the losses (if that’s the right phrasing) with its biggest loss at a staggering 87.73% of stock value, all eyes or looking for that magic solution to this drastic issue.

While there may not be any magic wand to be waved, there are some promising possibilities around, mainly in the shape of the rapidly growing US market.

So, how did we get here? The iGaming industry is still one of the biggest in the world, and in many places, it’s still growing. So, how has the once lucrative iGaming affiliate world spiralled downwards in such a terrifying fashion?

The main changes that have affected the stock value of affiliates are focused around regulation. European countries at the most effected, especially the UK, France, and Italy, which regulation banning the sending of newsletters amongst other things.

The UK has its own set of additional issues, not only have regulations changed in line with its European neighbours, additional verification processes have been added which makes it harder for customers to access online casinos via affiliate sites.

While these factors have affected profits, it is the concerns of investors that have seen the stock values of iGaming affiliates plummet across the board.

When it comes to investor concerns, there is another reason why the UK is losing its status as the best place for iGaming affiliate companies. Brexit is looming and there are still a great number of unanswered questions, not least around Gibraltar, but also around taxes and regulations in the UK, and how they may change going forward.

As European countries continue to tighten regulations, and the expectation of compliance continues to grow (the UKGC recently broke their record for fines again after hitting Betway with £11.6 million over regulatory failings) it is likely that investors will continue to be sceptical about the ability to profit in those areas.

So, that brings us to a simple question, where will these affiliates go?

There are a couple of markets that are currently driving most revenues for big affiliates and are not yet regulated, maximizing their profit margins.

These are mature markets like Canada, Germany and New Zealand, where online betting is very popular and considered normal.

You see a lot of big brands in the affiliate world like Lioncasinos Canada and Zamsino target these countries specifically.

However, what happens when these markets are regulated and the margins for affiliates drop significantly while the costs remain the same?

The Potential of the US Market

Regulation changes back in 2018 opened the doors to online gambling in the US market, and that has seen numerous states legalise online gambling in some forms, such as sports betting and poker play, with online casino play also legalised in several states.

Numerous iGaming operators who had previously kept their attention predominantly in the European market have seen the opportunity and rapidly sought to capitalise.

It’s impossible, if these numbers are correct, to estimate how much of this assumed worth could move over to the legal iGaming world, but even the possible numbers are more than enough to gain the attention of many operators.

What Does This Mean for Affiliates?

It is undoubtedly true that the blossoming US market creates a tempting situation for iGaming operators, but could it be the answer for affiliates? The most honest answer it’s possible to give to that question at this point is a vague one, potentially.

It is probably that regulations for the US market, based on what we have seen so far, will not be as strict as those we are now seeing in Europe, for the time being at least, but that could change in time.

Using Europe as a precedent, the chances are increased regulations will come into force over time, for both financial reasons for governments and ethical reasons for player safety, so if the US does provide a new lease of life for affiliate companies, it’s unlikely that it will be forever.

However, with companies losing a startling amount in stock value in recent years due to regulation changes in Europe, if the US market offers the potential to rectify that situation to any extent, whether it’s short term or not, there’s no doubt that companies will leap on it.

It is no guaranteed that we are about to see another iGaming affiliate revolution in the United States, but it certainly wouldn’t be a surprise if it were to happen. 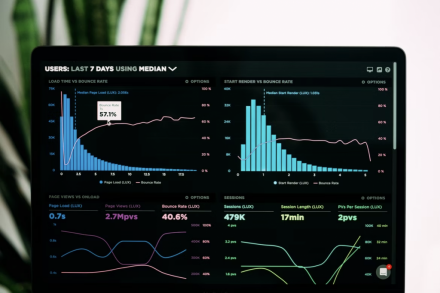 What is RUM & Why You Should Use it? 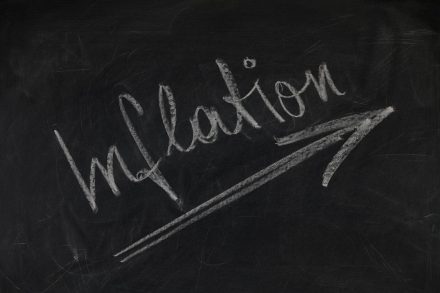 How Does Inflation Influence People’s Investments?