Home » NorthSea Therapeutics Raises US $40M in Series B Financing

NorthSea Therapeutics B.V., a Dutch biotech company developing novel and innovative strategies for the treatment of NASH (Non-alcoholic Steatohepatitis) and other metabolic, inflammatory and fibrotic diseases, closed a US $40m (€36m) Series B financing round.

The company intends to use the funds for the development of its pipeline of SEFA (Structural Engineered Fatty Acids) programs. They will develop two additional SEFAs within its clinical pipeline in addition to completing the Phase 2b with its lead candidate Icosabutate.

Icosabutate, NST’s lead product, is a structurally designed fatty acid that regulates pivotal pathways involved in hepatic lipids, inflammation and fibrosis. In September 2019, NST announced that it had dosed the first patient in its Phase 2b dose ranging ICONA study (ICOsabutate in NASH) and that around thirty clinical trial sites have been initiated in the US.

The second SEFA program is SEFA-1024 for dyslipidaemia, a condition where there is an abnormal amount of triglycerides and/or atherogenic cholesterol in the blood. The company aims to initiate a Phase 1 study in the second half of 2020.

The third SEFA program is SEFA-6179 for the orphan indication, PNALD (Parenteral Nutrition-Associated Liver Disease). PNALD is a liver disease that affects patients with intestinal failure who are dependent on total parenteral nutrition; this is where nutrition is administered to the patient via alternative routes to the mouth or alimentary canal.

Led by Rob de Ree, CEO, NorthSea Therapeutics is a biotech company focused on developing structurally engineered fatty acids (‘SEFAs’) for the treatment of inflammatory, metabolic and liver diseases. NST licensed the rights to its lead compound icosabutate and a library of discovery- and pre-clinical-stage SEFAs from Pronova BioPharma Norge AS, which developed Omacor®, a blockbuster cardiovascular drug. Icosabutate was been found to be safe and effective in two prior Phase 2 clinical studies for the treatment of hypertriglyceridemia and is currently in clinical development for non-alcoholic steatohepatitis (NASH). A Phase 2b study was initiated in July 2019 (ICONA) to study the efficacy of icosabutate in NASH. NST is based in the Netherlands with sites in the UK and Norway. 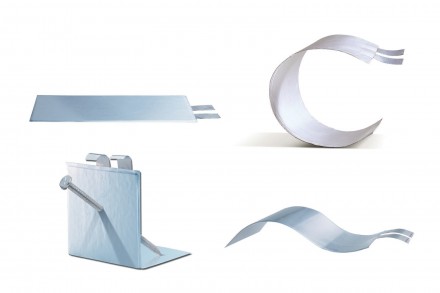