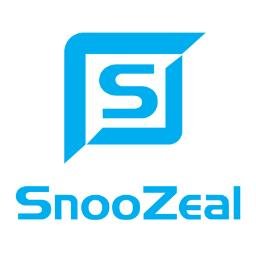 With this round, Signifier has raised a total in excess of $13 million since its founding in 2015.

The company intends to use the funds to
– accelerate the data generation in on-going clinical trials with its innovative ‘Snoozeal’ neurostimulation device to address snoring and mild obstructive sleep apnoea (OSA)
– complete the FDA approval process, with de novo filing anticipated in H2 2019
– further invest in expanding its product range, including adding advanced analytics capabilities, and
– expand the team to broaden its capability set, including commercial readiness in key geographies.

Led by Prof. Anshul Sama, co-founder and Chief Medical Officer, Signifier Medical Technologies is a medical technology company focused on the development and commercialization of innovative and non-invasive solutions for patients with snoring and sleep disordered breathing conditions.

In conjunction with the closing of the Series B round:
– Mr Steffen Kastner, former Managing Director of Goldman Sachs, where he co-headed its credit investing business in Europe; and
– Mr Robert Sullivan, former CEO, COO and founder of Capital Holdings and current Regional President of Fifth Third Bancorp,
join Mr Kieran Gallahue (Chairman) on the Board.