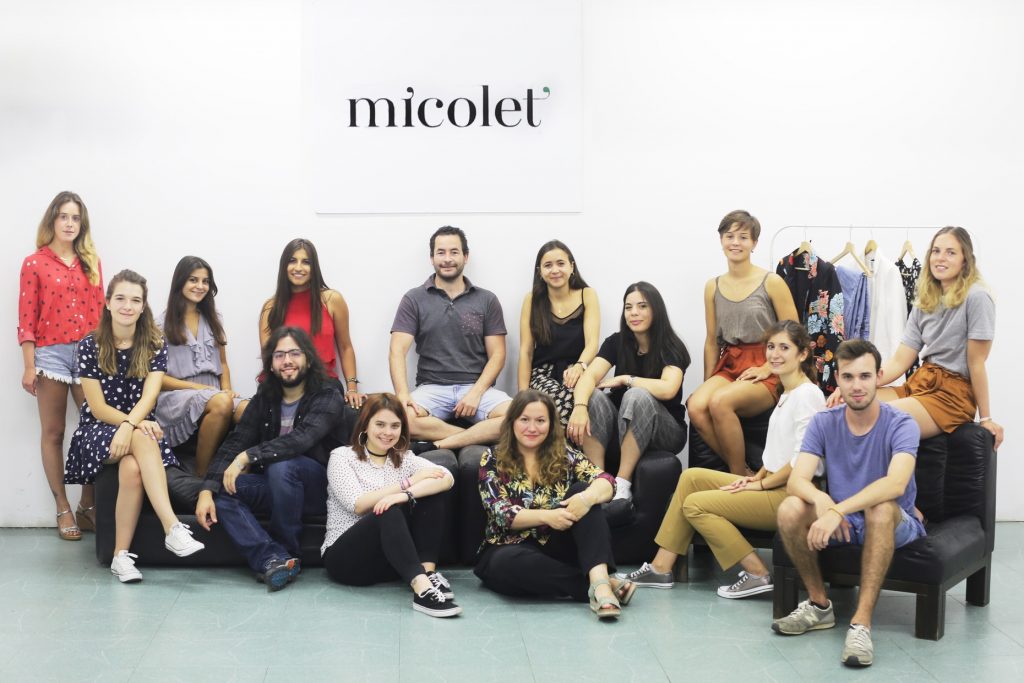 Micolet was born, almost by chance, in 2015 in Spain. The founder’s partner had clothes she no longer wore but were still in great condition and could have a new life in another girl’s wardrobe.

At that time, there were no other companies offering services that would manage the whole process, and so Micolet was born. This started as a small business but, by 2018, Micolet had expanded to the United Kingdom, Portugal, France, Italy, and Germany, thus becoming a large online buying and selling business for second-hand women’s clothing which is present in a total of six European markets.

The service provides is unique as they manage everything for the customer. Every day Micolet receives thousands of garments from many popular European brands in the new headquarters in Basauri (Bizkaia). These are then put on sale immediately after ironing, photographing, and sharing on the website. The ultimate goal is to sell clothing and accessories in the shortest time possible and at the most competitive prices. With this system, they have managed to attract more than 800,000 users in Spain who rely on Micolet every day. In the other countries, there are 200,000 users, which have a growth rate of 50,000 new monthly users, thus reaching more than one million users globally. Due to the rapid growth of users, Micolet has recently opened a new warehouse of more than 10,000m² to expand and improve the service.

The future is bright for Micolet. It started with only €3000 but now generates millions, hires nearly 50 people, and will grow 150% in the coming year. Also, Micolet has plans to open two new markets in 2019, Holland and Poland, which means they will have a total reach of eight European countries.

Not only does Micolet sell nearly new and brand new clothes for very low prices, but it is also environmentally friendly. Every customer who shops on Micolet is helping to be environmentally responsible as they are reusing clothes that have been bought once before which reduces the production of fast fashion, an industry that is very harmful to the environment. As well as that, any clothes that are not sold are donated to NGOs which is another way that Micolet is giving back to the community.

The success of this company can be seen clearly through its popularity amongst famous influencers and celebrities. There is a great list of these influencers from each country that use and love Micolet’s service which is a great testament to just how easy it is to buy and sell on Micolet! In the United Kingdom, many social media influencers have had great success in the sale of their clothes whilst in Spain, there is a mix of influencers, models, and actresses who rely on Micolet. Added to this list in Portugal are a number of famous presenters who trust Micolet to manage each part of the process for them so their clothes
can be given a new home and they can earn some extra money! Finally, this means that customers have the opportunity to buy clothes from six different European countries which is a huge attraction for many customers as it opens up new fashion possibilities in just one click.