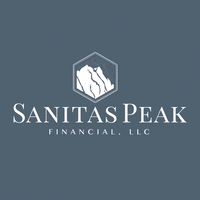 The fund aims to invest in all aspects of industrial hemp production including farming, extraction, processing, laboratory testing and distribution.

E. Nicholas Mortimer is Co-Founder and Managing Partner at Sanitas Peak. He is an entrepreneur and business manager with broad experience in small business operations, finance, sales and customer service.
Prior to founding Sanitas Peak, Mortimer was a commodity futures, equities and Forex trader for the past 13 years. In addition, he co-founded a skincare brand with sales in both physical and online retail environments, which he sold in 2012. Previously, Mortimer was a manager for JAG Trading Corporation.
He began his career in finance at Oppenheimer & Co., before moving to Kleinwort Benson North America in New York, where he specialized in mergers and acquisitions, valuation analysis, cross border acquisitions and sale mandates.
Mortimer was involved in several high-profile transactions including the Beecham Group PLC’s $16 billion merger with Smith Kline Beckman Corporation, Pillsbury’s defense against Grand Metropolitan PLC’s $5.23 billion bid and Harcourt Brace Jovanovich’s defense against Robert Maxwell’s $2 billion bid.

Wellso is Co-Founder and Managing Partner at Sanitas Peak. A 25-year veteran entrepreneur, he has extensive experience in financial markets, marketing and distribution. Previously, he was a principal at Cherry Creek Partners, a Denver-based private equity firm that syndicates investment opportunities in real estate and provides seed capital to start-ups.
Previously, Wellso served as director of business development for American Property Solutions, a joint venture between Bitzer & L.C. Fulenwider focusing on bank REO and distressed real estate. Prior to APS, he founded GM Limited, a golf licensing distribution company with a substantive roster of brands including Reebok, Greg Norman and Payne Stewart. Wellso sold the company in 1997.
Previously, he was Regional Marketing Manager for a Hong Kong-based, Coca-Cola Licensing operation, overseeing the distribution and marketing in Singapore, the Philippines, Taiwan and Hong Kong; research analyst for Credit Lyonnais Securities, evaluating potential investments for British merchant banks and global emerging market funds; and on the underwriting and debt syndication desk for Kemper Financial in Chicago, IL.

Zeid Masri is a Partner at Sanitas Peak Financial and Managing Partner of SilverHaze Partners, LLC (SHP). Over the past 17 years, he has been responsible for managing the private equity portfolios for a number of wealthy families and institutions. Masri formed SHP in 2000 with the backing of two other family offices to focus on private equity investing. Over that time, SHP formed three private equity vehicles, investing in 15 funds and 25 direct investments. The firm has also raised several single purpose investment vehicles for certain opportunistic deals for its partners.
Prior to this, Masri was a Vice President at Bessemer Trust Company in the Alternative Asset Management Group and a Principal in the Principal Investing Group at Alex Brown & Sons Asset Management.