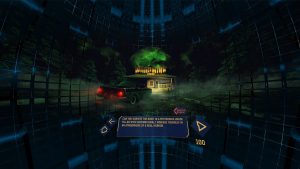 The round was led by FunCubator with participation from NP Capital.

The company is using the funds to R&D and marketing of both the platform and the partnership program.

Led by CEO Ilya Flaks, Fibrum has developed and is launching DESIRIUM, a VR entertainment content distribution platform, which came out on September 19, 2018, as an application in the Oculus Store. It is now available on Oculus Go and Samsung Gear VR headsets.
The company intends to attract developers offering them a 70% revenue sharing model.