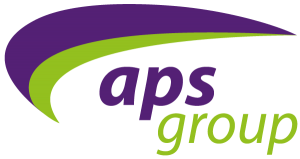 The amount of the deal was not disclosed. In conjunction with the funding, BGF’s Matt Widdall will join the board of APS Group.

The company intends to use the funds to build a new glasshouse to extend capacity at existing sites and make further investments into innovative technologies and automation to optimize operational efficiencies.

Founded in 1949 by Albert and Hilda Pearson, APS currently manages 56 hectares of glasshouses and operates several packhouses across sites in Alderley Edge, Middlewich, Kent, West Sussex, Teesside, East Yorkshire and the Isle of Wight. More than 700 people are employed across the group which produces 500 million tomatoes per year using traditional and modern growing techniques to grow a range of high quality tomato varieties in the most environmentally friendly way possible.

APS Group is now under the leadership of CEO Mark Pearson alongside Philip Pearson and several other members of the Pearson family and senior management team.