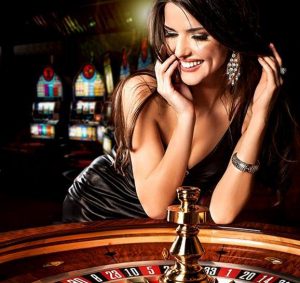 New Zealand has always been the country where people could enjoy gambling even when other countries forbad all kinds of such entertainment. As the statistics shows, in 2016 in NZ 6 casinos could be found. The number of online websites is much bigger being equal to 1,300 gambling sites.

There is no such a gambling nation as New Zealanders who admire online casino and are able to try their luck at more than 16 thousand pokies machines.

The history of online platforms for gambling dates back to 1994. The first online pokies supplier has become Microgaming, which is known all over the world today. Playtech and Cryptologic pokies were available in the late nineties.

According to the regulations, gambling online takes place outside the country. However, this doesn’t mean that gamblers face any difficulties as there is a possibility to choose among international institutions with servers abroad.

Both offline and online, players prefer best online pokies casinos, lotteries and sports betting. Most of players do bets on rugby, cricket, football, and netball.

Profit from Gambling in New Zealand

It was spent USD 2 billion in 2015-2016 by NZ gamblers. The country keeps statistics on the amount of money spent. This is equivalent to the income of gambling establishments. Below there is the state statistics. In total gamblers spent USD 1.47 billion. This figure includes:
– the horse racing totalizator – USD 229 million;
– lottery – USD 295 million;
– pokies – 576 million;
– casino online – 371 million.

41% of New Zealanders play more often than once a week. Only 10% of players over the age of 18 play every week. Among them, there are more men, players aged 55-64. In average each gambler spends USD 41 per month. Men spend more than women. Only 10% of the adult population is at risk. Besides, lottery is becoming more and more popular. The largest one is Lotto. Lottery Grants Board directs about USD 200 million from the funds spent by the players for the social needs.