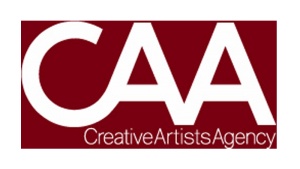 Based in Vancouver, Canada, Creative Labs’ CEO Mike Edwards leads a team of engineers, designers, and developers, who have unique access to CAA’s expertise, resources, and relationships, to ideate new businesses in such areas as OTT, VR/AR, gaming, and AI/messaging, in addition to digital consumer brands in ecommerce, mobile, social, and publishing.
Serial entrepreneur and venture capitalist Leonard Brody serves as Chairman and Co-Founder of the new venture.

CAA has a proven incubation track record, having conceptualized and co-founded six venture-backed companies, including FunnyorDie and WhoSay, for which the agency has collectively raised more than $100m in third-party funding. With expertise in principal investing, CAA manages CAA Ventures, a venture fund that invests third-party capital in consumer technology businesses with high-growth opportunities.
To date, the fund has invested in more than three dozen companies, including August, Bark + Co., Drone Racing League, Giphy, Medium, and Patreon.