4finance Group S.A., a European online and mobile consumer lending group, has announced some changes to its executive management and supervisory board.

Ruddock has been a member of the Group’s supervisory board since February 2017. He has over 20 years of leadership experience spanning multi-country online financial services, mission critical enterprise software and consumer-focused mobile applications, and has a proven track record of building innovative and scalable businesses.
Lado Gurgenidze and David Geovanis have joined the Supervisory Board from July. Gurgenidze is a career banker and was the Executive Chairman and CEO of Bank of Georgia in addition to senior roles at Putnam Lovell and ABN AMRO. He has extensive experience in the retail banking, regulatory and governmental arenas. Geovanis has over 30 years of international investment experience and was a partner at Soros Private Equity Partners. They both have extensive public company board experience.

Mark Ruddock biography
2016 – 2017: CEO of Finstar Labs, which aims to identify, invest in and help create the cutting edge user experiences, enabling technologies, and data science that will lay the foundation for the next generation of alternative financial services.
2011 – 2016: Managing Director, International at Wonga, overseeing their consumer lending operations for Spain, Poland, South Africa and Canada, their investment in the Scandinavian company Folkefinans, and their e-commerce business, BillPay, in Germany.
2010 – 2011: Interim CEO of StatusNet, an open source Social Software platform that is now powering GNU Social.
2007 – 2010: CEO of mobile software company, Viigo, which was acquired in 2010 by Research in Motion. The company was backed by Ventures West & RBC Venture Partners.
2006 – 2007: Entrepreneur in Residence, Ventures West, which was Canada’s leading Venture Capital firm with over $700MM in committed capital.
1992 – 2006: Founder and CEO of INEA, a software company focused on the Financial Services Industry. INEA became a strategic partner to many of the world’s leading financial institutions and was deployed in over 44 countries. It was backed by RBC Venture partners, Ventures West, APAX Partners and Edgestone Capital and was acquired in 2006.

Established in 2008, 4finance is an online and mobile consumer lending group in Europe with operations in 17 countries. Putting innovative data-driven analysis into all aspects of the business, 4finance has issued over €4 billion to date in single payment loans, instalment loans and lines of credit. It operates through a portfolio of brands with strong regional presence including Vivus, SMSCredit and Zaplo. 4finance has group offices in Riga (Latvia), London (UK) and Miami (USA), and currently operates in Argentina, Armenia, Bulgaria, the Czech Republic, Denmark, the Dominican Republic, Finland, Georgia, Latvia, Lithuania, Mexico, Poland, Romania, Spain, Slovakia, Sweden and the USA. The group also provides consumer and SME lending through TBI Bank, its EU licensed banking operations in Bulgaria and Romania. 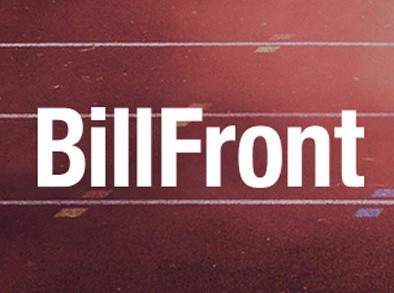