The round was led by Octopus Ventures with participation from Simon Venture Group and existing investors Balderton, MMC Ventures, Meyer Bergman and Playfair Capital. In conjunction with the funding, Rebecca Hunt from Octopus Ventures will be joining Appear Here’s board.

The company, which has raised $21.4m in funding to date, intends to use the funds to expand internationally to top global retail cities, grow the executive team with key senior hires and build out the data science component of the platform.

Founded in London in 2013 by Ross Bailey, CEO, Appear Here operates a global marketplace that connects brands, retailers, designers and entrepreneurs with available short-term retail space online. Over 4,000 exclusive spaces have been listed in the UK and France and, as of April 2017, in New York in Nolita, Soho, West Village, Chelsea and Williamsburg.
Launched in February 2013, Appear Here has been used by more than 80,000 organizations like Nike, Loewe, Givenchy, Coca-Cola, Net-a-Porter and Kanye West, emerging designers and independent brands. 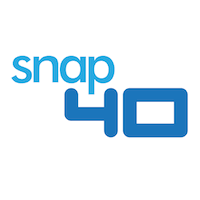