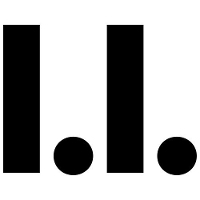 Operated by 31-year-old fund managers Chris Dannen and Brandon Buchanan, I2 has a specific investment mandate to seed and develop products, services, and assets that utilize the three core technologies of the blockchain paradigm including:
– cryptographic hashing,
– asymmetric cryptography, and
– peer to peer (P2P) distributed computing.
The fund also has capital earmarked for a secondary mandate to actively manage a portfolio of crypto-assets.

Mr. Buchanan was previously the Chief Operating Officer and General Counsel of a $100M AUM venture fund in New York. Mr. Dannen is a self-taught creative technologist who has worked in corporate strategy and media.
The fund also has an internal technology team including creative director and full-stack developer Christopher McClellan, who is responsible for the i2 user experience across the fund’s many interfaces, including its trading suite.
In addition, Mackenzie Millar, practitioner of venture design and strategy at Frog Design in New York and San Francisco, joined as an advisor for financial products and growth. Cody Hoffman, a former vice president of oil derivatives trading at JPMorgan in New York, London, and Canada, will advise on market-making activity and commodity asset strategy while Dr. Solomon Lederer will be the blockchain engineering advisor.