The round was led by Trinity Ventures, with participation from prior investors CRV, Marc Benioff, SV Angel, and other angel investors. In conjunction with the funding, Trinity Ventures general partner, Karan Mehandru, will join MileIQ’s board.

The company intends to use the funds to evolve its offerings, introduce versions on more platforms, and accelerate user growth in new regions. To this end, it released a version of its app for Android users, available today on Google Play.

Led by Chuck Dietrich, co-founder and CEO, MileIQ provides a smart mileage tracking service, which includes a smart mobile app, a web dashboard, and cloud-based storage. that allows anyone to realize the value of his/her deductible or reimbursable miles. Since its January 2014 launch, it has been adopted by hundreds of thousands of users in the United States who average $535 in driving-related deductions each month.

MileIQ is available for iOS on the App Store and for Android on Google Play. 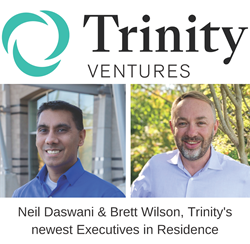