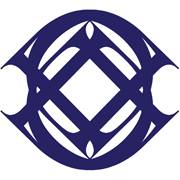 The company intends to use the funds for growth initiatives such as hiring, scaling inventory and expanding upon its current collection.

Founded in 2012 by retail and handbag industry veterans Melissa Mash (CEO), Deepa Gandhi, and Jessy Dover, Dagne Dover aims to overcome the frustration with the lack of handbag options that fulfilled the modern woman’s busy lifestyle needs. Made in Vietnam, the company’s handbags provides a place for daily necessities, with special compartments for a water bottle, laptop, keys, pens, wallet, ID and phone.
In March 2013, the brand released its signature collection, which was sold out in November 2013, and is now announcing that its Tote and Clutch-Wallet models have been re-stocked online.