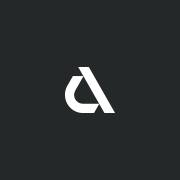 The round was led by DCM with participation from True Ventures, Managing Partner and Chairman of the Golden State Warriors Joe Lacob, NBA All-Star Jermaine O’Neal and existing investor The Social+Capital Partnership. As part of the deal, Pete Moran, General Partner at DCM, and Joe Lacob have joined Athos’ board of directors.

The company, which has now raised $16m, intends to use the funds to further commercialize its product and invest in scaling manufacturing and marketing efforts.

Started in 2010 by co-founders Dhananja Jayalath (CEO), Christopher Wiebe and Chamath Palihapitiya (Chairman), Athos has developed technology based on an advanced engineering project at the University of Waterloo, which incorporates electromyography, or EMG, one of the most effective ways of tracking muscles, and which invisibly embeds muscle-tracking sensors into performance apparel. It contains electronics and intelligence that enables the collection and interpretation of biosignals, sending it all to the user’s mobile device via Bluetooth.
The company has also signed agreements with two Tier 1 manufacturers including a multi-billion dollar garment manufacturer whose biggest clients include some of the best-known sportswear companies.

Products will begin shipping in fall 2014.