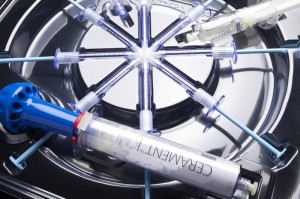 The round was led by Healthcap, Industrifonden and Lundbeckfond Ventures, with participation from other ten backers.

The company, which had raised approximately SEK101m; ($19m/€13m) in 2011 (red here), intends to use the capital to accelerate commercial expansion in the US, Europe and Asia, with a focus on the upcoming launch of an antibiotic formulated CERAMENT, as well as to further drive research and development and widen its offerings.

Founded in 1999 and led by CEO Lloyd Diamond and Executive Chairman Oern Stuge, BONESUPPORT has developed injectable bone substitutes for orthopedic trauma focusing on bone infection, instrument augmentation related to orthopedic surgery and spinal applications. Its CERAMENT™ is a fully developed product platform that is commercially available in the U.S. and Europe for the treatment of fragility and other fractures caused by disease and trauma.

The company also has subsidiaries in the US and Germany.