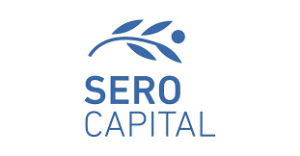 Sero Capital strategically partners with entrepreneurs, founders, and management teams to accelerate growth and improve operational execution. Since its inception, the firm has primarily focused on growth opportunities in the technology sector and has made significant financial investments in VR, SaaS, Education, and Enterprise Software.
Sero’s capital consists entirely of principal capital which allows for a long term approach to investing. It has already made a handful of investments in the technology space so far. Future investment activities will include:
– Founding and advising early stage companies
– Early to late stage venture capital
– Distressed/turnaround situations.

Mr. Moradi will serve as Managing Partner of the new firm, which will be based in Miami Beach, Florida.

In August, 2018, Mr. Moradi announced the formation of the David Moradi Foundation, a charitable foundation whose two focus areas, established as funding priorities for strategic grant making, include Education and support for Military Veterans.