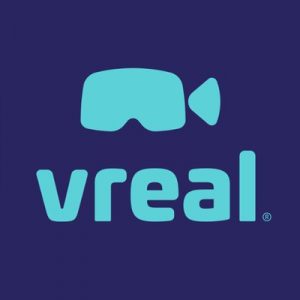 The round – which brings total funding to $15m – was led by Axioma Ventures, with participation from new investors Intel Capital and AET Fund, as well as existing investors Upfront Ventures, Vulcan Capital and CRCM Ventures. In conjunction with funding, Chris M. Williams, founder and CEO of the new kids’ media company pocket.watch, and Chet Faliszek of Axioma Ventures, joined the Vreal board of directors.

The company intends to use the funds to further develop and launch its platform, refine its content creation tools, and scale as the VR market expands.

Led by Todd Hooper, Founder and CEO, Vreal provides a broadcast platform for virtual reality entertainment, which enables content creators to record, stream, and share VR experiences with their fans, on a VR headset or on a 2D screen.
Vreal, which is currently in closed alpha testing, works directly with content creators and networks like Rooster Teeth, Machinima, and Hyper RPG to build the platform, design production tools, and explore new ways of building engaging VR content for gaming audiences.