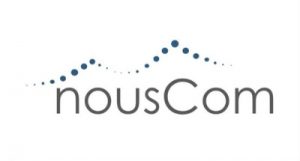 NousCom, a Basel, Switzerland–based oncology company, closed its €42m Series B funding round.

The round was led by Abingworth with participation from 5AM Ventures, LSP and Versant Ventures. In conjunction with the financing, Dr. Genghis Lloyd-Harris of Abingworth and Dr. Scott Rocklage of 5AM will join NousCom’s board of directors.

The company intends to use the funds to further advance its lead program NOUS-209, an off-the-shelf cancer vaccine, into Phase I/II clinical studies in 2018. It is planning to develop NOUS-209 as a prophylactic vaccine to prevent the occurrence of cancer in Lynch Syndrome Carriers (a genetically defined patient population with higher risk of developing colorectal, endometrial, and gastric cancers), and as a therapeutic vaccine for cancers characterized by Microsatellite Instability (tumors containing abnormalities affecting DNA repair).

The company will also further the development of NOUS-100-PV, a personalized neoantigen based vaccine, which is expected to enter clinical studies in the second half of 2018.
NousCom’s third program is an oncolytic virus specifically targeted to tumor cells. This program, which is based on a second platform Endovax, is in the discovery phase.