The round was led by U.S./China venture capital firm GGV Capital with participation from additional investors.

The company, which has received a total of $9.5m in funding to date, intends to use the capital to broaden the availability of its photo-printing case in the U.S and Europe through partnerships with major online and offline retailers such as Amazon, Best Buy, Target, Urban Outfitters and others, accelerate the adoption of augmented reality photos globally with proprietary technology, expand product and feature roadmap and hire U.S. team members in the areas of product development and marketing.

Co-Founded by Clément Perrot and David Zhang in June 2014 Paris, France, Prynt lets users save a video inside each photo, allowing them to relive moments through the app with augmented reality (AR) technology. They can attach the Prynt Case to any smartphone, take a photo followed by short video, and get a printed photo in 20 seconds.

The company, which has also announced strategic business partnerships with major retail partners including Amazon, Best Buy, Target and Urban Outfitter, has a team of 30 based in San Francisco.

By FinSMEs Published on January 29, 2013
Uncategorized 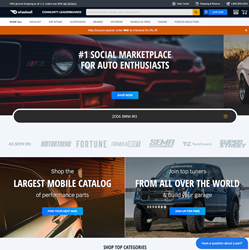