The company, which has raised $18m in total, intends to use the funds to build out its sales, marketing and development capabilities.

Led by Les Yetton, CEO, Deep Information Sciences aims to allow companies to focus on their innovation, providing a plug-and-play solution that leverages machine learning to allow databases to adapt to any situation, and accelerate performance and scale while streamlining infrastructure.
Launched in April 2015, Deep Engine is downloadable today for MySQL and Percona Server.

April 22, 2015 09:00 AM Eastern Daylight Time
BOSTON–(BUSINESS WIRE)–Deep Information Sciences, the company that reinvented database science for the Big Data age, today announced it has closed $8 million in Series A funding. The round, led by notable investment firms Sigma Prime Ventures and Stage 1 Ventures, and including AlphaPrime Ventures, brings the total invested in Deep to $18 million. The monies will be used to build out Deep’s sales, marketing and development capabilities as the company goes to market with Deep Engine, the first adaptive plug-and-play solution that transforms any database into a Big Data solution.

“Database fundamentals haven’t changed in the decades since I founded SQL Solutions, and now they’re holding businesses back from being nimble and smart enough to effectively compete”

“Deep was founded to address the well-known problem that, no matter how you try to optimize them, existing databases don’t have anywhere near the performance, scale and agility needed for the emerging Big Data world,” said Les Yetton, CEO, Deep Information Sciences. “We’re extremely pleased that Sigma Prime, Stage 1 and AlphaPrime, all premier technology investors, believe in the unique approach Deep is taking to resolve this problem and our ability to execute on our vision.”

“Database fundamentals haven’t changed in the decades since I founded SQL Solutions, and now they’re holding businesses back from being nimble and smart enough to effectively compete,” said Robert Davoli, managing director, Sigma Prime Ventures. “Deep has completely revolutionized those fundamentals and built a solution we believe is game-changing. With this funding, we’re helping put Deep on the path to making a significant impact on the industry.”

“Data is the currency of today’s businesses, but, with the growing information deluge, it’s becoming increasingly difficult to capitalize on it,” said David Baum, managing director, Stage 1 Ventures. “We believe Deep has created an extremely easy and powerful way for companies of all sizes to fully leverage their data. With Deep’s breakthrough science, field-tested technology and proven executive team, the company is well-positioned for success.”

Deep’s A round comes on the heels of the April 7, 2015 launch of Deep Engine, featured in leading technology outlets, including eWeek, Datanami and The Platform. The adaptive database kernel and information orchestration system leverages machine learning and predictive algorithms to exponentially accelerate database performance, speed and scale. Downloadable today for MySQL and Percona Server, Deep Engine is based on a new approach to database design called CASSI, Deep’s patented database computer science.

Sigma Prime Ventures is a venture capital firm that invests in early stage companies in the areas of SaaS, Cloud, Mobile, Disruptive Technologies and Technology-Enabled Services. The Partnership focuses on great entrepreneurs and works in conjunction with them to build great companies. The firm’s partners have deep operating and startup experience, collectively having founded 11 companies, provided executive leadership to 17 companies, and had exits worth over $4.2B. Since 1984, the firm’s partners have fostered the growth & exit of numerous technology companies, including Internet Security Systems (IPO), m-Qube (acquired by VeriSign), Storage Networks (IPO), Vignette (IPO), Vlingo (acquired by Nuance), Aprimo (acquired by Teradata), Initiate (acquired by IBM), Octane (acquired by e.Piphany), OpenPages (acquired by IBM), Tradex (acquired by Ariba) and others. Sigma Prime Ventures has offices in Boston and New York City, and invests across the U.S. with a focus on the East Coast. For more information, please visit www.sigmaprime.com.

Stage 1 Ventures is an early stage venture capital firm that builds partnerships with entrepreneurs that want to build meaningful companies. Stage 1 leverages its global network of relationships and provides the capital needed to fuel company growth. It focuses on a variety of industry sectors, including mobile, consumer and business cloud-based applications, connected cars, Internet of Things, pay-for-performance marketing/advertising, and security. Learn more at www.stage1ventures.com

AlphaPrime is an early-stage fund focused on investing in big data and enterprise software opportunities. Centered on New York and East Coast companies, AlphaPrime partners with key strategic corporate investors, as well as academic institutions, in exploring the changing software landscape and how data is being used for decision making in an increasing number of applications. Learn more at www.alphaprime.com

Deep Information Sciences offers the first plug-and-play solution that leverages machine learning to evolve MySQL databases and infrastructure for the new economy’s Big Data needs. Deep’s solution allows databases to adapt to any situation, and accelerate performance and scale while streamlining infrastructure. With Deep, companies are free to focus on their innovation instead of their infrastructure, bringing compelling solutions to market at significant cost savings. Through the power of Deep’s new computer science, CASSI, companies of any size can easily unlock the full potential of their database infrastructure, wielding it to their competitive advantage. Deep is headquartered in Boston’s Innovation District. Learn more at www.deepis.com, or follow the company on Twitter @DeepInfoSci, LinkedIn, Google+ or Facebook. 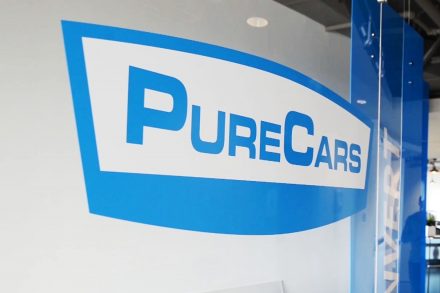