NFT continues to actively integrate into everyday life, not only in the online space, but also offline. Many companies launch collaborations with NFT brands, their own collections of real clothes based on NFT products, etc.

Let’s look at the most vivid examples of such collections.

Tiffany (the jewelry brand) released CryptoPunk necklaces for $50,000. It is an entire collection of individually designed necklaces with pendants inlaid with diamonds. Each necklace can be purchased for $50,000 or 30 ETH. According to the brand, one piece of jewelry contains 30 diamonds and gemstones.

Sales began on August 5, 2022. Only CryptoPunk owners can purchase jewelry from the limited collection. It should be noted that the reaction of the NFT-community to this launch was mixed: some of the community criticized the necklaces for their unreasonably high price, while others praised the cooperation of the brands and considered the launch as a good step to improve the image of the collection.

M&M’s and the bored monkey

The Bored Ape Yacht Club (BAYC) is a whole phenomenon in the crypto world. The owners of BAYC don’t just own NFT, they also use their merchandising rights and turn BAYC’s drawn monkeys into various other products (clothes, household items, toys, etc.). And now BAYC fans have their own M&M’s themed candy packages.

Mars has also agreed with Universal Music Group to release a limited edition collection of M&M’S packages featuring the characters of KINGSHIP, a virtual band made up of bored monkeys from the Bored Ape Yacht Club and Mutant Ape collection.

These and other examples can be great inspirations for entrepreneurs who have long wanted to be part of the NFT community. Not only would such collaborations be a good way to attract new customers and expand the target audience, but they could also be a source of additional financial injections.

Restaurants are also keeping up with the trend.

The chain of Mexican restaurants Chipotle announced a partnership with the Flexa platform. As part of this agreement, diners can get payments for the orders in cryptocurrency.

Customers need to download and fund a cryptocurrency wallet that supports Flexa (Gemini, AirGap Wallet, SPEDN). The restaurant’s waiter will generate a code, which must then be scanned in the app to pay for the order. The restaurant promises its first customers a 10% discount. If you need special tokens just visit a crypto swap site.

The opportunity applies to all items on the menu. The restaurant chain itself does not withhold any commission. At the same time, Flexa supports about 100 different cryptocurrencies.

In America, the network has about 3 thousand restaurants. Some experts already claim that Chipotle has become the largest food service franchise with the ability to pay for meals in cryptocurrency. This is not surprising in general, already in August 2021 analysts from QSR magazine awarded Chipotle 16th place in the top 50 largest chains of restaurants in the fast-food segment in America – the network has more than 10% of the market. For comparison, the result of Mcdonald’s is 28.33%.

Chipotle is far from the first crypto restaurant in the world or even in the U.S. Previously, VCR Group has already opened a seafood restaurant in New York. Its distinctive “chip” was privacy. Only owners of special NFT can enter the institution. The restaurant was named Flyfish Club. To get the opportunity to dine here, you must first become the owner of one of two tokens – Regular Tier and Omakase.

A crypto restaurant has also opened in Clearwater Beach, Florida. Not only does the establishment accept payments in any digital assets, but it is also stylized for the cryptocurrency sphere. For example, on one of the walls you can see a portrait of Elon Musk, and from the other, visitors are watched by Doge. The names of the dishes in the restaurant menu also refer visitors to different cryptocurrencies. In particular, here you can order a hot dog “Dogedog”, a Caesar salad with DeFi prefix, and a shrimp cocktail “SHIBA”. 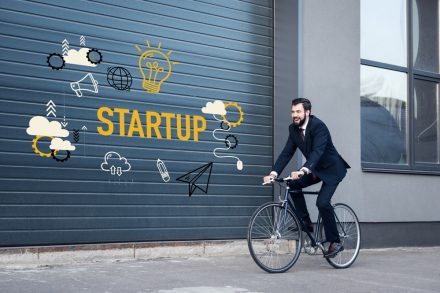 How the Autumn Budget will affect SMEs