Some people might disqualify esports as a discipline in sports, but one thing everyone knows is that the viewership on esport tournaments are huge. But what are the reasons behind this?

Well, that is something discussed in this article. It’s important to understand that there are more and more people joining the gaming industry. With new releases of games or new events, more people start out their gaming journeys.

So yes, the industry is huge. The worth of the gaming industry is now sitting at 198.40 billion, and it is expected to reach a value of 339.95 billion USD by 2027. Sadly, not everything can be covered in this article alone. For more in depth and breaking gaming news, read more here on fragster.

Now, you can read about some reasons that have contributed to the growth of the Esports scene.

Esports is like watching a movie or TV. It requires less attention and you don’t need to be engaged that much to still know what is going on. When esports is being played, anyone can instantly pick up on what the main objective is, and what the players are trying to achieve. With regular sports however, there are many different rules and restrictions which often require you to really try to figure out or think about what is going on. That’s why so many people join esports, and more and more keep coming in, even non-gamers.

You read that a lot of non-gamers come in, but of course, the majority of viewers are gamers who enjoy playing the game in question. By watching professionals battle it out on the same battlefield you are playing on, it will be natural for you to pick up tips and tricks. This is unlike traditional sports where people see it more as a laid-back entertainment.

Also, it creates a sense of relationship to see your idol playing on the exact battlefield that you play on at home, or seeing them being in the exact situation you were in. It makes you feel connected with something bigger.

People like free stuff – this is no secret. The esports scene likes to give away things as a way of giving back to their community. Something that we never ever would see in traditional sports. Also, big companies like Mastercard or Banks, advertise and sponsor esports, bringing more people in from their end. Of course, regular sports also utilise sponsors but not like how esports is doing it. 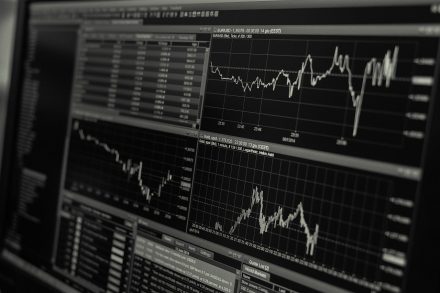 The Ups and Downs of Funding: Why You Should be Willing to Change Your Mind

AI Became the Front-Runner of Fintech – What Should People Expect?