Home » What Is Dollar Cost Averaging, and Is It Really That Effective?

Dollar cost averaging (DCA) is an investing strategy that involves spending a small, fixed amount on a particular asset at regular intervals regardless of the asset’s current market price.

It’s a classic technique that many investors turn to when they need to minimize risk and reduce the amount they pay for their investments. The general belief is that making multiple buys maximizes an investor’s chances of paying the lowest possible average price over time.

Dollar cost averaging isn’t just a sound investment strategy for traditional securities, either. Investors in non-traditional assets like cryptocurrencies also benefit from employing DCA, whether they prefer dealing in the ever-popular Bitcoin or trading altcoins like the privacy-focused Monero from a secure XMR wallet. Most of the time, crypto users can contend better with digital currencies’ infamous price volatility by making steady, regular payments instead of buying and selling in large lump sums.

Whatever your chosen assets or investing goals, dollar cost averaging can net you results that are just as good, if not better, than the standard practice of aiming to buy low and sell high. Read on for an in-depth look at this tried-and-tested investing strategy and how it looks in practice.

What Is Dollar Cost Averaging (DCA)?

Dollar cost averaging is a strategy that’s typically used to mitigate price risk when buying shares from exchange traded funds (ETFs), mutual funds, or the stock market. As previously mentioned, it also can and has been used with some degree of success for alternative assets such as cryptocurrencies.

Many people typically aim to invest in a particular security at one time, most frequently when the purchase price is at its lowest. With DCA, you instead divide up the total amount of money you intend to invest into a series of smaller, fixed payments to be made on a regular basis. Investors using DCA can simply ignore any price fluctuations and continue putting the same amount of money into their chosen asset over time.

If you plan to invest 1,500 USD into a particular mutual fund, for example, you could divide this investment into 15 monthly payments of 100 USD each. This monthly payment will inevitably get you more shares when prices are low and fewer shares when prices are high. Overall, however, you may end up with more total shares by spreading out your payments than you would have if you had bought everything at once.

What Are the Advantages of DCA?

Asset prices tend to increase over long periods of time, but they don’t rise consistently in the near term. Most often, the cost of securities will rise and fall multiple times in the short term without following any predictable or discernible pattern.

Investors often attempt to time markets, buying assets when prices are low and selling them when they’re at their highest. However, even experienced stock pickers will find it difficult, if not impossible, to conclusively predict short-term market movements. The most favorable prices for any given assets can only truly be determined in retrospect, when it’s too late to buy. Many investors attempting to time asset purchases often buy at prices that have plateaued after an asset has already made hefty gains.

In general, research shows that trying to time the market can cost you more than it earns you returns. A study by multinational financial services company Charles Schwab showed that investors that attempted market timing saw drastically less overall profit than those who invested more regularly via dollar cost averaging. When you use DCA, you’re actually working to bring down your average cost per share over time. DCA also keeps your money working for you consistently, which is necessary for growing investments long-term.

Another key advantage of DCA is that it frees your investing decisions from any emotional or psychological elements that might compromise them. When you commit to making consistent set payments, you avoid the risk of making hasty decisions that might have adverse consequences in the long run, such as panic-selling.

Who Should Consider Using DCA?

Dollar cost averaging is considered an especially effective strategy for novice investors who might not be able to put down large sums of money all at once. DCA gives you chances to put small amounts of money into the market frequently. Making these payments consistently will allow you to benefit from market growth even if you don’t have a lot of capital saved up to start with. DCA is also attractive to investors who don’t want to do the extensive research involved in learning how to time markets.

Even if you do have a large sum of money to invest, putting all of it down on a particular asset at once may be stressful, even if the potential gains are high. It might benefit you psychologically to instead invest smaller portions of your wealth at a time, as doing so can give you a better sense of control over where your money goes.

Though some might consider it a basic investing strategy, there’s a reason DCA has persisted for so long among both novice and more experienced investors. In the long run, it’s a highly dependable way to minimize investment costs and maximize returns. 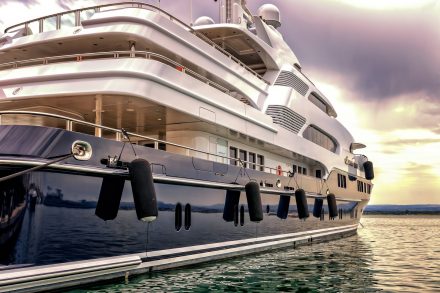 5 Boating Technology Trends to Watch Out For in 2022 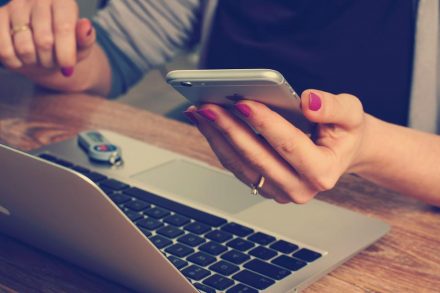 Internet, An Applaudable Invention for All