Flow Your Money, an Amsterdam, The Netherlands-based provider of a money management app for freelancers and consumers, raised €3.5M in Seed funding.

The round was led by Eleven Ventures, with participation from RockSalt, Robert Kraal, Hristo Borisov, Marnix van der Ploeg and Arnoud Aalbersberg.

The company intends to use the funds to scale up its platform and expedite European expansion plans.

Founded in 2019 by Daan van Klinken, Niels Mulder and Danny Wilson, Flow Your Money offers solutions to freelancers and the self employed, which makes it possible to automatically distribute incoming and outgoing money flows. The company launched an app in 2020 that automatically distributes incoming money flows across budgets, savings accounts and investments based on ‘triggers’ that users set themselves. With the help of ‘smart rules’, it is possible to set up a money system that automatically budgets and prioritises income. This way, money flows directly into ‘jars’ or different accounts, so that users have an overview of all their income and expenditure and it is always clear how much money is still available to spend.

Flow has had a PSD2 Open Banking license since 2020, allowing it to view and initiate financial transactions. With this, the fintech was one of the first Open Banking companies to receive both an AIS and PIS PSD2 license from the Dutch Central Bank, making it possible to connect all European banks. Besides newer Dutch banks, such as bunq and Knab, major players like ING, Rabobank and ABN AMRO are already connected to Flow. 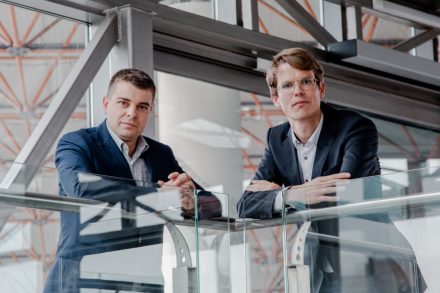