The new funding comes as part of StoreDot’s Series D investment round. Ola is joining a wide range of high-profile investors and partners in StoreDot – a roster that now includes Daimler, VinFast, BP, Samsung, TDK, and EVE Energy.

It will be used for research and development and to accelerate the scaling up to mass production its silicon-dominant anode XFC lithium-ion cells, which will be initially capable of delivering 100 miles of range in 5 minutes of charge by 2024.

Led by Dr Doron Myersdorf, CEO, StoreDot is a leader of extreme fast charging (XFC) batteries. In 2020, the company demonstrated the scalability of its XFC batteries and is on target for Electric Vehicle battery production at scale by 2024. 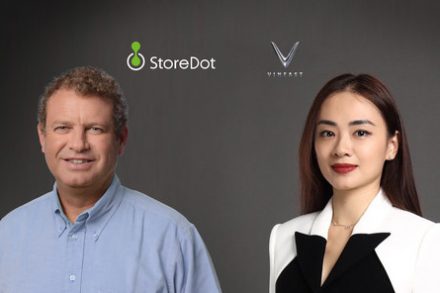 StoreDot Raises Up To $80M Series D Funding Round

StoreDot Raises $60M in Third Round of Funding