The coronavirus pandemic and subsequent lockdowns affected practically every single industry, but none were forced to make such quick and dramatic changes to the way they operated more than the restaurant industry.

The ability to pivot is one of the most important characteristics a business needs for success, and the restaurant industry is no exception to that rule. As one of the first industries to be slowed down and receive unprecedented safety protocols, restaurants had no prior model to turn to and therefore ended up creating inventive solutions that have since been adapted in other sectors such as retail.

From fast food chains to upscale eateries, owners and operators were forced to find new ways to serve their customers, and unfortunately many were not able to withstand the pressure. According to the National Restaurant Association, more than 110,000 eating and drinking establishments in the United States closed for business––temporarily or permanently––in 2020, with nearly 2.5 million jobs erased from pre-pandemic levels. Restaurant and foodservice industry sales fell by $240 billion last year from an expected level of $899 billion, but those who were able to think creatively and act rapidly managed to weather the storm and are now looking ahead toward the ubiquitous “new normal.”

One such example of this was the Dickey’s BBQ franchise. The Dallas-based company opened its first location over 80 years ago and today operates over 500 franchise locations across the United States and in a number of countries internationally. Family owned and operated since its inception, the Dickey’s BBQ franchise showed the restaurant industry that it was possible to not only survive the pandemic, but even thrive in spite of it. As of January 2021, Dickey’s digital sales were exceeding pre-COVID-19 levels by over 200 percent, and restaurant sales for the entire system  same-store sales were positive for over six months. Thanks to the work of husband-and-wife duo Laura Rea Dickey and Roland Dickey Jr. (respective Chief Executive Officers of Dickey’s Barbecue Restaurants, Inc. and its parent company Dickey’s Capital Group) the Dickey’s BBQ franchise was able to successfully pivot their brand toward the future of the restaurant industry. Below, we explore through the Dickey’s BBQ franchise how the industry has shifted since the coronavirus pandemic, and what will continue to have relevance moving forward.

Digital commerce services such as buy online, pick up in-store (BOPIS) were already outpacing overall retail growth prior to the coronavirus pandemic and becoming popular, in particular, amongst grocery stores and big-box retailers, but for the majority of restaurants this type of offering was far down the list when it came to new services to implement. However, after COVID-19 was declared a pandemic and the world subsequently shut down, BOPIS (and curbside pickup) went from being a nice-to-have differentiator to a must-have survival capability. Within less than a month of the pandemic shutdown, Dickey’s BBQ franchise had already launched a modernized eCommerce site, recognizing that an enhanced user experience online would be pivotal not only during the pandemic shutdown but also after. BOPIS allowed restaurants big and small to continue serving their customers while dining in was an impossibility, and although we are now at a point where restaurants are able to host guests again many are still choosing the BOPIS method for its convenience and flexibility.

The other side of the to-go coin lies in delivery apps, which became the lifeblood of many restaurants that previously only offered in-person dining. Prior to March of 2020, millennials and Generation Z were more likely to swipe and scroll through their third-party delivery apps on their phone, while other demographics were more likely to prefer dining in person or picking up the phone to place a takeout order every once and a while. However, the pandemic pushed many previously unfamiliar with delivery apps onto the platforms, and studies have shown that many people say they are more likely to get food delivered than they were before the pandemic. Dickey’s BBQ franchise was one of the first brands to launch contactless delivery back in March of last year, choosing to deliver via their own platform rather than utilize third-party offerings. Rather than deciding between whether they should offer delivery or not, restaurants should be weighing the pros and cons of third-party apps versus their own platform because food delivery within the restaurant industry will only continue to grow post-pandemic.

One of the latent effects of the coronavirus pandemic that wasn’t necessarily predicted was the labor shortage that has arisen. Restaurants are having a difficult time attracting and retaining employees, and while offering incentives such as bonuses and other perks may help get employees in the door, keeping turnover low remains a challenge. One of the ways for operators to retain employees in the long-term is by focusing on creating a better, more streamlined work environment for their employees. As the world has become more digitized, the restaurant industry–– especially within back-of-house operations–– has failed to keep up, and many restaurant managers continue to rely on paper forms to manage and record the completion of operational processes. From handwriting date code and food freshness labels to recording that a restroom has been cleaned on a clipboard with a dangling pen tied to the clamp, these methods are outdated at best and inefficient at their worst. The Dickey’s BBQ franchise was well aware of this even prior to the pandemic and has been working to modernize their back-of-house processes for years. In 2019, Laura Rea was awarded a Lifetime Achievement Award by Hospitality Technology for her work utilizing Amazon’s voice technology in restaurant operations.

While many may still think of artificial intelligence as something out of science fiction, the fact of the matter is you no longer need a team of data scientists to tap into the power of it. The technology is readily available today, and has the ability to streamline everything from ordering to predictive staffing and inventory. The coronavirus pandemic certainly highlighted the need for the restaurant industry to catch up when it comes to these digital tools, and in the competitive new world post-COVID these tools can mean the difference between success and failure. In the realm of artificial intelligence, Dickey’s has been particularly focused on utilizing big data in their decision-making process, having developed a proprietary system named Smoke Stack that synthesizes data from point-of-sale systems, marketing promotions, loyalty programs, customer surveys, and inventory systems to provide real-time feedback. As customers increasingly embrace digital tools within their own lives, restaurants will need to make sure they are keeping up.

Altogether, the theme of the future for the restaurant industry lies in a resilient attitude and ability to be flexible through these inevitably uncertain times. Much of the world moved to the digital sphere when in-person interactions weren’t possible, and although the importance of experiences such as dining in restaurants can’t be understated these new patterns of daily life can’t be expected to disappear completely either. Keeping up with these trends will be crucial in the coming years for restaurants, and whether you are a small food truck or a large franchise finding a way to implement these trends will be pivotal.

Retail Payments: What The Future Holds for the UK 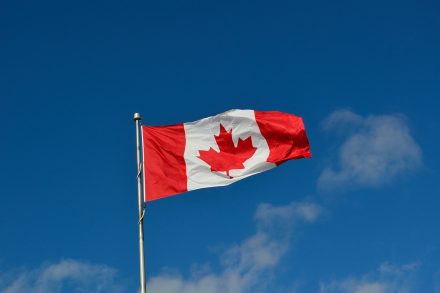